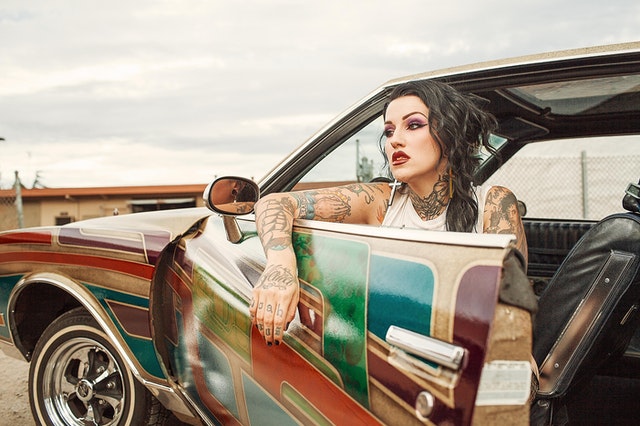 As gender stereotypes have changed in the world of body art, sleeve tattoos have become popular for women, where previously only men could commit to whole limbs. As Tattoos Fit gains popularity, the fashion industry seems to be becoming more and more comfortable with the influential relationship it has had with them. For a time, fashion and tattoos had a quiet love affair, but now, as tattoos gain popularity and as an expression of their popularity, they seem to take the influence they have on fashion a little more seriously.

Are tattoos important in the fashion industry?

That is, Tattoos Fit has influenced the fashion industry to the point where they are almost part of the ensemble. This phenomenon can be seen in alternative models on social media, who may only have a few large pieces, but are often seen with tattoos all over their bodies, almost as a symbol of their identity.

In an industry where everyone is informed about how they look, how their hair is worn, and how thin they are, it is a nice change to see personalized tattoos creeping into this world and adding personalization to what can seem like a stream of lookalike models. There is a change in mentality and there is an increase in people looking for high-quality tattoos, regardless of gender or race. That means that tattoos have become mainstream and will not affect a model or even a fashion retail worker’s career as they would in the past.

Would you first focus on the dress or visible tattoos for the wearer, and what do you think is the situation when someone wears a dress with a few daring tattoos?

Are models ok to get tattoos?

If you are a fashion designer with a visible tattoo, this would not be considered a problem, but do models need to think more carefully?. Fashion is one industry that does not appear to discriminate against people with tattoos, and even top models have tattoos, so tattoos are unlikely to jeopardize their chances. If you were a model then it might be important to remember that only brands with a cool, edgy vibe will be interested in heavily tattooed models. If your tattoos are hidden, such as on your chest or feet, the chances that your employer or audience will notice them are slim, especially if you are used as a model for standard clothing. Some people get tattoos to boost confidence and show off their personal style but tattoos can reduce a model’s versatility and make them more concerned about acquiring them.

Should regular people worry about getting tattoos?

Depending on your career choice you have to be careful where you have a tattoo done and you might want to think twice about getting tattoos in a place you cannot hide. Unfortunately, people and employers still make judgment calls on tattoos.

A tattoo artist would almost certainly be expected to have tattoos, designers can wear tattoos and models to a degree. If you were a lawyer then you might want to consider carefully before having your knuckles tattooed as you may not connect to your target market the same way that a hip young model might connect to theirs with their body art.

Tattoos have been used to help in clothing design too. From Ed Hardy to hip new clothes ranges around the world. Skateboarding, tattoos, and graffiti can all be thrown into a melting pot to form cool looking t-shirts influenced by body art.

Tattoos through the ages

Although tattoos in one form or another have been ubiquitous throughout history, they have never been fully integrated into traditional fashion. In recent decades, tattoo artwork has started to become part of the fashion industry. Tattoos and the art behind it has evolved throughout the centuries. Originally coming from tribal aspects and other cultures and then entering into naval and seafaring life plus gangs and then fashion. For some history behind the nautical days visit Sailor Tattoo Meanings – The Ultimate Guide (2020) and see how tattoos were used to explain someone’s background without words.

We see that tattoos and tattoo accessories add character and personality to the fashion industry, show a sense of individuality, and give an advantage to the overall vision and style. Although many tattoo parlors will have books full of tattoo options and for a first tattoo it may be one of these that gets chosen, these days people are looking more for custom designs. Famous figures such as Jean Paul Gaultier, David Beckham, and Cara Delavigne have all had tattoos custom made and managed to mix them with fashion instead of them being a problem.

Tattoos are certainly here to stay and now there are many ranges of clothing that actively use tattoo-inspired designs and where models once shied away from anything marking their skin it is now seen as normal for a male or female model to have body art.

How to Select the Right Cloud-based Learning Management System for Your Needs?

What You Should Know About Email Spoofing Prevention?