So if all these traits seem pretty tempting to you, yet you’re still having second thoughts about it, then maybe you should check out these facts below that will show you why moving to Singapore is a great idea.

Major Reasons Why Moving To Singapore Is A Great Decision

A Good Quality Of Life

One of the most appreciated traits by expatriates is the fact that this city is extremely clean. Namely, no one is permitted to eat or drink in public transport, otherwise, that person will be forced to pay a $500 fine.

Generally speaking, every single corner of this place is clean, precisely due to very rigorous laws. Now, it’s worth mentioning that Singapore is for sure one of the most expensive cities in the world, however, let’s not forget the fact that it also offers a great standard of living.

Out there, you will get the chance to try out almost every type of cuisine, such as Western foods, Chinese, Thai, and many others and another amazing thing about it is the fact that the prices when it comes to foods can suit everyone’s budget.

Speaking of expensive things, properties in this city are pretty pricey. In fact, according to some statistics, Singapore is the second most expensive place in the world when it comes to real estate. However, if you’re looking for houses that are relatively affordable, you can check out what property gurus from Propnex.com have to offer. Even though the property prices are constantly on the rise in this city, that hasn’t stopped people from purchasing homes in it.

When it comes to the healthcare system, this city/country has one of the best healthcare systems on the planet. Namely, it is loaded with top-notch medical facilities where only skilled and knowledgeable physicians work.

Still, bear in mind, that just like most things out there, the healthcare in Singapore is pretty expensive, which is why it would be smart to acquire private health insurance if you’re an expat.

Therefore, if you’re a true foodie, then you will surely be thrilled by this fact. Now, one of the best ways to eat as much as possible in a short period of time is to go to a hawker center, where you will come across a collection of food stalls, where you will get the chance to eat anything your heart desires, starting from fried foods, to various local specialties.

Additionally, if you’re more into fine dining, then you’ll be thrilled by the fact that this city boasts a variety of different Michelin-starred restaurants.

Spectacular Business Opportunities For Both Business Owners And Employees

It doesn’t matter whether you’re planning to launch a business or find a job in this city, Singapore is a great business environment for both. If you’re a business owner, then keep in mind, that this place is loaded with highly skilled and knowledgeable, which means that you will easily find what you’re looking for.

Another amazing thing about it is the fact that moving your company to Singapore is actually a pretty simple and fast process. Now, if you’re planning to work there, then you must obtain a work permit, which is also a simple process.

All you have to do is to fill out an online form and wait for a couple of days to find out whether you’ve received a work permit or not. Even though this city is loaded with resourceful, intelligent, and talented people, they are still yearning to acquire foreigners and it is widely known that ex-pats have great salaries. Namely, according to some reports, the average salary of ex-pat who lives in Singapore is a staggering $139,000.

Even though every place in the world has its positive and negative sides, it’s safe to say that Singapore has a lot more positive traits than the negative ones, which is why you should definitely take it into consideration.

# healthcare in Singapore# Is Moving to Singapore a Good Idea 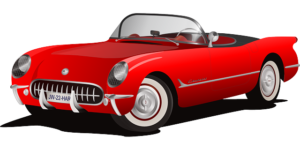 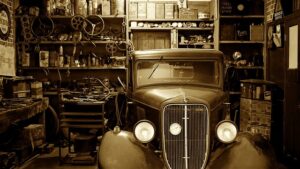