If you are a fan of the music industry pop-rock you will definitely know William Tell (musician), popularly known as William John Tell. He is a popular American musician, singer, and songwriter. He was also the former guitarist as well as the vocalist for a band named Something Corporate. If you are also confused on which career option you should go for visit ThelawAdvisory.

After being a member for three years and enjoying a decent degree of success with Something Corporate, he later left the band in 2004 to pursue a solo career and was signed as a solo artist for New Door Records. He recorded his first Solo, You Can Hold Me Down, which was released in March 2007. He also earned himself a Law degree from USC Gould School of Law in the year 2014. William Tell currently works in entertainment law. He is married to Lauran Conrad and has two children.

William John Tell was born on February 7, 1980, into a gospel music family in California. Right from a very early age, he learned to play the guitar from his father and also began to write his own songs. He was introduced to the members of the band Something Corporate through some mutual friends. One night it so happened that they were playing at the same nightclub when William was asked by the band members to fill in for a fellow band member temporarily since their guitarist had left for a brief period to study abroad. William agreed and later in 2001 he permanently joined the Drive-thru rock band Something Corporate.

William Tell saw the success of his band  Something Corporate over the next three years that he played with them, from their EP Audioboxer, which was released on October 2, 2001, to their complete albums like Leaving Through the Window (2002) that included hit singles like I woke up in a car and Punk rock Princess, and the album North (2003).  The EP received an overwhelming response, so they further promoted it by going on tours in the US, in-store performances, and also a TV appearance on the late-night show with Craig Kilburn. The Hit singles of Leaving through window topped the Billboard heatseekers chart.

He also did tours with bands like New Found Glory. It was during a break between tours with the band that William thought. And he decided about following his own solo career in music and singing. And to pursue his dream he bid goodbye and parted ways with the band in 2004. He came back to California and started writing songs. The first song he wrote, which also appeared in his first album, was all about his mixed emotions about dealing with separating from his friends and his rock band. Over the next two years, he struggled to record, write, and rewrite songs.

His former band member and friend Brian Ireland assisted him during the recording processes and playing shows as part of William’s band. One of his performances was at the Bamboozle left the festival in Pomona, California in 2006.

In 2006 William Tell signed up with a subsidiary of Universal Records, New Door Records, as a solo artist and started to work on his debut album. During this time Tell also collaborated with another one of his old band members, Andrew McMahon to work on his song Fairfax.

He also recorded a practice session in January 2007, for a website Rehearsals.com and then on March 13, 2007, he released his much-awaited 10-track solo debut album You Can Hold Me Down.

William is not very public about his personal life; he is reserved and likes to keep to himself. This is also a reason why he is not so active in terms of social media presence. Not much is known about his dating history, just that the musician dated and married his current wife Lauren Conrad, who is a former ‘the hills’ star and fashion designer.

The couple first met each other in 2004, during a concert of the band Something Corporate, at the time William Tell (musician) was the lead guitarist. But this was not really the start of their fairytale since both were too young. It was almost a decade later that the two went on a blind date and clicked. The couple started dating and eventually got married in 2014. They welcomed their first child Liam in 2017 and another son in 2019. Tell, has never documented his life online himself. He has his better half to thank for that, as Lauran is also a celebrity. And entrepreneur who runs her own online business and blog. She regularly updates about the happenings in their lives.

William John Tell completed his high school studies. And then took a break from studies, in California state at the age of 18. He recalls that at the time he did not feel intellectually stimulated. He came back home from his college at Cal State after his freshman year. And told his parents that he wanted to take a year off and focus on exploring a career in music, to realize some of the goals that he had in mind. In this quest, he joined Something Corporate worked with them for a couple of years, and later became solo.

But by the time he approached his 30’s he realized that he didn’t get the break. And he had been striving for and his priorities had shifted so he decided to take a break from music. This decision took him back to Law school, something that had fascinated him. So, he attended the University of California Gould school of law. And chose the music industry side of the law program he was enrolled in. He enjoyed being back in Law school after his previous musical career. He graduated with a J.D degree and is working as an entertainment lawyer in Orange County.

Though he got a lot of fame from his music career, it was not enough for him to linger on in the music industry. And he felt that he did not achieve what he had aimed for. But the modest level of success was not a disappointment for him; he just had a change of heart. His fame did not die out as he is still getting it as being a husband of a celebrity and being a former pop star. 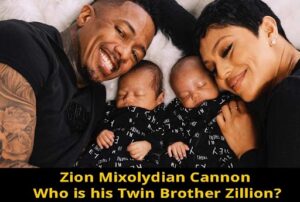 Zion Mixolydian Cannon – Who is his Twin Brother Zillion? 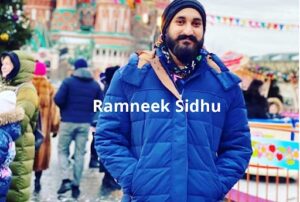 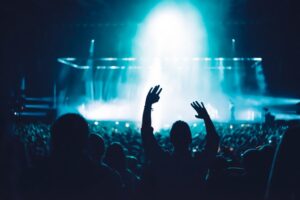