Who Needs a Sulfur Water Filter?

Who Needs a Sulfur Water Filter? 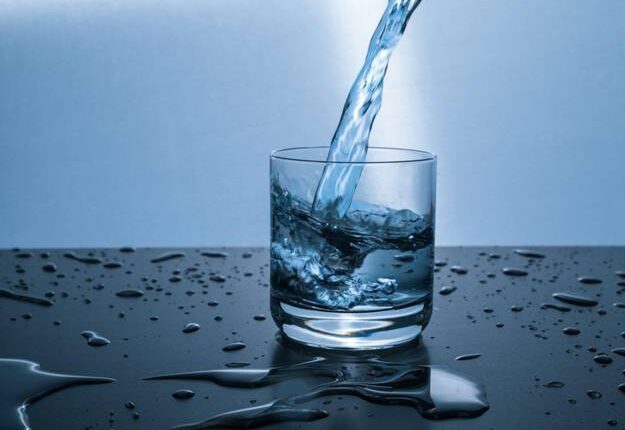 Summer is heating up. All across the country, cities are logging new record-breaking temperatures. Fires are ravaging the west from Washington to Texas and everywhere in between. Scientists say it’s due to climate change. Whatever the reason, there is cause for concern.

There’s nothing better on a hot day than a cold drink of water. In many places in America, this can be hard to come by. Several major news organizations have done investigative reports about the quality of public water in America. Check https://www.greatlakesnow.org/2020/09/drinking-unsafe-water-contaminants-solutions/ for more detailed information about how this affects our country. It’s not just Flint, Michigan that suffers from a contaminated H20 supply. Most major cities and municipalities have evidence of “forever chemicals” present when tested by objective third parties.

In the wake of the pandemic, many people have decided to opt out of city life, moving to smaller towns or even out into the country. With the virus still spreading over America’s beautiful plains, it is projected that the number of people using well water is only going to increase over the next decade.

Digging your own well is the first sign of independence. It appeals to people from all walks of life. For many who like to make their homes in rural areas, well water can be the only choice available. Ranchers and farmers have been digging their own wells for centuries and enjoying the freedom of supplying their own H20.

On the opposite side of the spectrum, we have people who are new to rural life who want to be as self-sufficient as possible. Those looking to live off-grid can accomplish it with new technology like solar panels and energy bricks that can hold large amounts of power in a small space. But the way to get H20 is tried and true – dig a well.

The tiny home movement is also sweeping the nation. Check here for more information about this growing trend. Many people who wouldn’t be able to afford a traditional sized home in a suburb or city are jumping on the chance to choose their own land and put a small house on their property. The smaller size makes it easier to clean, easier to maintain, and easier to heat and cool than their traditional counterparts. For these residents, price is the main consideration when choosing a home and location.

Finally, there is a growing homesteader movement. These are people who are not only moving out to the country, but they are attempting to make their living off of the land. Just like their ancestors did a century ago, they plant crops and raise animals in order to try to meet their basic needs on their own terms.

For those who are acquainted with the water situation in America, all of these options can sound appealing. It can mean fresh farm-to-table food grown with their own hands. It means security and privacy. And it means a steady, reliable H20 source just as the public at large is starting to wake up to the idea that there may be shortages looming in our near future.

The 2015 feature film The Big Short details the story of a small number of stockbrokers who were able to game the system, make big bucks, and ultimately crash the American housing market. The film is a chilling tale of how resources in our country can be used incorrectly. The filmmaker saves the most chilling bit of information for the end.

The last title card tells the viewer that the main character responsible for all of the heartache and destruction of the 2008 housing crisis is now trading exclusively in water rights. But what does that mean?

Can your water supply be in jeopardy? If you live in New Mexico, you already know the answer is yes. Every year for decades, the water supply to the Rio Grande River has been shut off for the winter and turned back on in the warmer summer months. But not this year. This year, because of an overabundance of pecan agriculture – trees which require the fields to be flooded – the governor has decided not to lift the dam, leaving New Mexico and Texas without their normal supply.

If this frightens you, well, it should. It’s pretty scary stuff, and there’s not much that an individual can do to change the flow of things.

But there’s something you can do to help protect yourself and your family from the looming shortages.

Many people are now choosing to rely on their own water supply. If you already have a well water system in place, you know about the safety and security it brings.

If you’re unsure about the time and expense, think of it as an insurance policy for the future. You want to be prepared when things start to get dicey.

For some, the issue might not be in the well itself, but with the quality of the water. Even though it is perfectly safe to drink – and in many cases, better than the city supply – people sometimes balk at the strange smell and taste associated with well water.

That smell and taste is due to residual sulfur in the groundwater supply. Even though there is nothing dangerous about it, it can be off-putting for those who aren’t used to it. If that rotten-egg smell is the only thing keeping you from using your own water source, you might want to consider a sulfur water filter for your home. With different options ranging from one filter to a system designed to handle all the water in a home, there is something to suit every budget and need.

If you’re like the thousands of Americans who are packing up and heading out to nature to live your life on your own terms, H20 should be among your primary concerns. After all, we couldn’t live without it. Why not choose safety and cleanliness that will last for years to come?

How To Properly Deal With A Brain Injury: 6 Useful Tips

Back To School Necklace: Unsettling Trend That Parents Must Know

Doug Wright Holland And Knight – All Details Of His Legacy