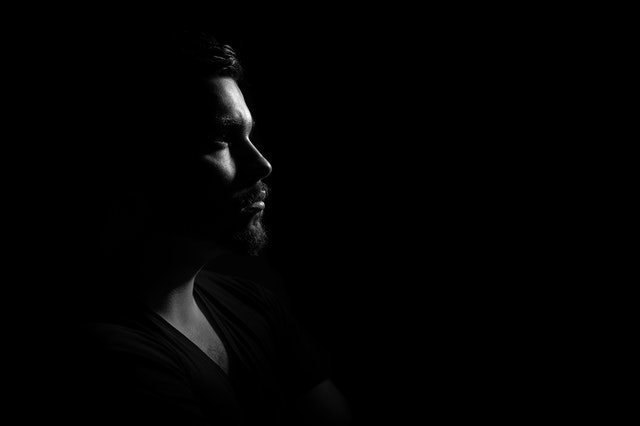 Who does not love comedy? If your day is not going well, do not worry! Cheer up your mood by watching a few excellent pieces of comedy shows. However, in this article, we would like to talk about the famous comedian and actor Seth MacFarlane from the US. He is well-known for his best-animated series Family Guy, ‘The Orville’, ‘American Dad!’ and last but not least ‘The Cleveland Show.’ However, he has played a few characters in several films like ‘Ted,’ ‘Ted 2’, and ‘A Million Ways to Die in the West.’

Seth MacFarlane was born on 26 th October 1976 in Connecticut in the United States. He was born with an American Nationality. Ronald Milton MacFarlane is his father, he was a teacher at Kent school. Ann Perry ( nee Sagar) is his mother; she worked in the Admissions office at south kent school. His younger sister is Rachael. She is also a voice actress. He completed his homeschooling from the Kent School, he continued his animation experiment there. For animation, the video he completed a degree from Rhode Island School of design.

MacFarlane was always interested in drawing. He began drawing cartoon characters such as Woody Woodpecker and Fred Flintstone at the age of two. He created flipbooks at the age of five. After some years when he was nine, he started publishing weekly comic strips. He gets five dollars for this per week.

MacFarlane earned money at a very early age. When he was only nine years old he published weekly comic strips. He created a film when he studied in Rhode Island School of Design, the film titled  ‘The Life of Larry’. In 1995 he was hired by Hanna-Barbera. Therefore, he began to work on cartoon network series and he also received roles as a storyboard artist and writer. After that he worked on many cartoon series such as ‘Johnny Bravo’, ‘I am Weasel, ‘Cow and Chicken’ and ‘Dexter’s Laboratory’

In 1996, he also worked as a freelancer for Nelvana Limited and Disney television. He made ‘Larry & Steve’ and ‘The Life of Larry’.

MacFarlane is one of the most noticeable names in Hollywood. Mac has dated a lot of women throughout his career. He mostly dated with co-stars and celebrities. In the year 1998-2000, he dated Nicole Sullivan. She is a comedian and actress. After that around six years later, he started dating Jessica Barth in 2006. The relationship doesn’t last long. But they are good friends now. That year he started dating a producer and actress Christa Campbell, in 2007 they broke up.  Between 2007-2008 he dated several actresses, and Seth MacFarlane girlfriend at that time were Eliza Duksu, Amanda Byrnes, Kot Foster, and Camille Guaty. In 2009 he dated Katie Sah and Kaylee Defer. Soon after that, he dated Trisha Cummings for two years 2010-2012. MacFarlane and Clarke dated for years but the relationship didn’t last for long-distance. He was single for some time. Currently, he is dating co-star Orville: Anne Winters.

Seth MacFarlane might be lucky in his career. But he doesn’t have any luck in his relationship. He has dated a lot of women in his life. He had been rumored to have an impressive list of beauties. All of his exes are young, talented, and gorgeous. Currently, Seth is single and if you are a fan of Seth you should wait a little longer to see Seth MacFarlane wife.

The Family Guy characters Peter Griffin, Stewie Griffin, Brian Griffin, and Glenn Quagmire are the voices of Seth MacFarlane. He thought he knew the characters so he could do proper voices for the characters.

On 11 th September 2001 Seth was booked a flight to go to Boston on a morning flight. He arrived late to the airport, Seth said in interviews that he had attended a party before the incident. When he woke up he saw in the news channel the plane was supposed to be hitting the north tower. On Sunday night’s episode, brian and baby Stewie use a time machine. Seth MacFarlane 911 wants to get that opportunity to prevent 9/11.

Seth MacFarlane is the owner of a famous media empire of the entertainment world. He has many popular TV shows. Seth MacFarlane shows are always in the top position. One of his finest pieces of work is called “American Dad and The Orville”. He also shared a big brand of music album known as “Music Is Better Than Words”. And with these beautiful works, the MacFarlane empire is growing faster day by day. People are very much attracted by his creations. Well, this all started back with family guy Seth MacFarlane. Yes, you read it right. However, Seth MacFarlane’s most famous and fabulous animated TV series is Family Guy which was released in 1999. Let’s know more details about Seth MacFarlane shows.

Family guy is one of the most popular creations by Seth MacFarlane. It’s an adult animated sitcom created by him in 1999. It became very popular and everyone appreciated it. Audiences mostly remember Family Guy for its irreverent, and sarcastic. It makes people laugh. Stewie Griffin is the most popular character on the show. Because of this show when MacFarlane was only 24 he became the youngest exclusive executive producer to pitch a television series.

After that 27th September 2009, he started creating his next sitcom ‘The Cleveland Show.’ The Cleveland show never gets huge popularity. But the brown family has never been forgotten. It has 88 episodes.

We all know that MacFarlane is one of the most successful and talented animators. He released four albums, so he earned money from the music industry as well. Seth MacFarlane net worth approx $ 300 Million. He has also written, directed, and produced several films.

1. What Does Seth MacFarlane do now?

He is connected with many professions but now he is jumping to the big screen and now one of his comedy films will be the basis for an upcoming TV show.

2. What did Seth MacFarlane do?

Seth MacFarlane is an American animator, writer, and producer.

3. What is the age of Seth MacFarlane?

No, he is not married but currently, MacFarlane is dating another co-star from The Orville named Anne Winters.

5. How much is Seth MacFarlane net worth?

7. Does MacFarlane have any kids?

MacFarlane doesn’t have any kids.