How to Make Animation in the Digital Era 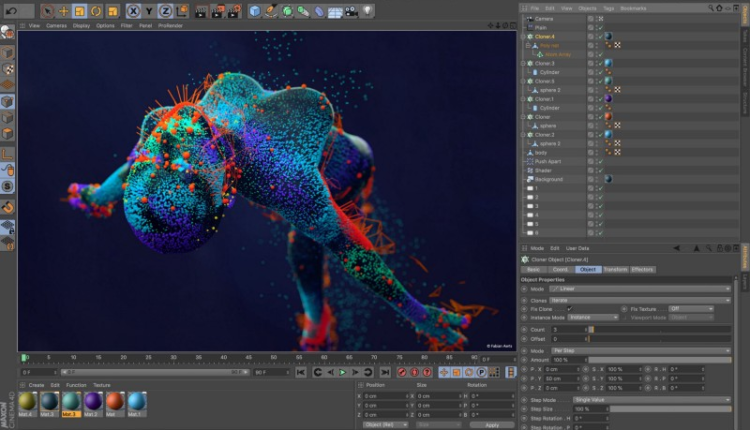 Nowadays, computer technology allows you to implement many different tasks. If, for example, with the help of computer graphics you can quickly and easily create images, including three-dimensional ones, then computer animation, in which 3d models are present, provides much wider possibilities.

Each of us, regardless of age, loves and periodically watches cartoons. Has anyone thought about how they are created? One of the options is computer animation, which greatly facilitates the process of creating a cartoon and therefore has become widespread. Computer animation is the creation of animation (movement of drawn images) using special computer software. By the way, computer animation is widely used not only in the creation of cartoons but also in the creation of presentations, Internet resources, training courses, commercials, with the aim of facilitating and better perception of the information submitted. Animation, due to the use of all the possibilities of computer graphics, vector, raster graphics, 2D and 3D graphics can be used in the created images.

In what areas is computer animation used?

Computer animation is intended, like graphics, to create pictures, but only moving ones. Using 3ds Max or other programs, you can use it to:

You can also, if you download 3ds max via torrent, create an effective advertising banner. The image can be both raster and vector, three-dimensional.

A striking example of the effective use of computer animation is the “liquid” hero from the American film “Terminator 2”. Agree, the spectacle is fascinating, and despite the fact that the film is quite old. Now the possibilities of computer technologies are much wider, which is confirmed by the same “Avatar”, for example.

How to create computer animation

There can be several ways. One of the most popular is the so-called motion capture. That is, the actors work in front of the camera, special sensors are attached to their clothes, which record all movements. And the program captures them, analyzes, and translates them into the movements of the virtual character. Thus, the effect of realism is achieved.

You can also do animation using JavaScript, ActionScript. Sometimes a camera is also used, but quite rarely and only with reference to a specific computer program. To make the image more “alive” helps, for example, Photoshop. And it is already saved by means of 3d max or Maya. You can also save the picture in video format – MP-4.

We live in the age of multimedia technology. Paper carriers are gradually being replaced. Computer products are replacing. Therefore, the creation of three-dimensional animation is a rather popular service. Experienced professionals from Kevurugames create memorable interactive content that drives sales. Animation for creating a film, video, presentation involves preparing materials, writing scripts, developing individual elements. The originality of the presentation of information is the key to success. In common the process of creating animation needs a competent approach. Done right, dynamic elements grab the attention of potential customers. As a result, the service is in demand. The creation of animation for the site is carried out in different techniques and styles. The most suitable options are based on specific tasks. There are different technologies for creating animation: hand-drawn, puppet, morphing, classic, color. Each technology has specific features.

Creating a simple animation is a process by which we mean alternating pictures. Time-lapse animation is a laborious job because each image is done separately. For example, a doll is placed in a certain position and then photographed. Creating 2D animation is a creative process that uses special programs. Popular programs support the calculation of intermediate frames and provide the ability to change the color of objects.

5 Reasons Magento is the Number One eCommerce Solution

How do you find clients for digital marketing

Jaylin Jun 16, 2021 0
Besides being an adventurous and exhilarating sport, rock climbing is also perceived as a gear-centric activity.…