My 8 Tips for Having Beautiful Hair! 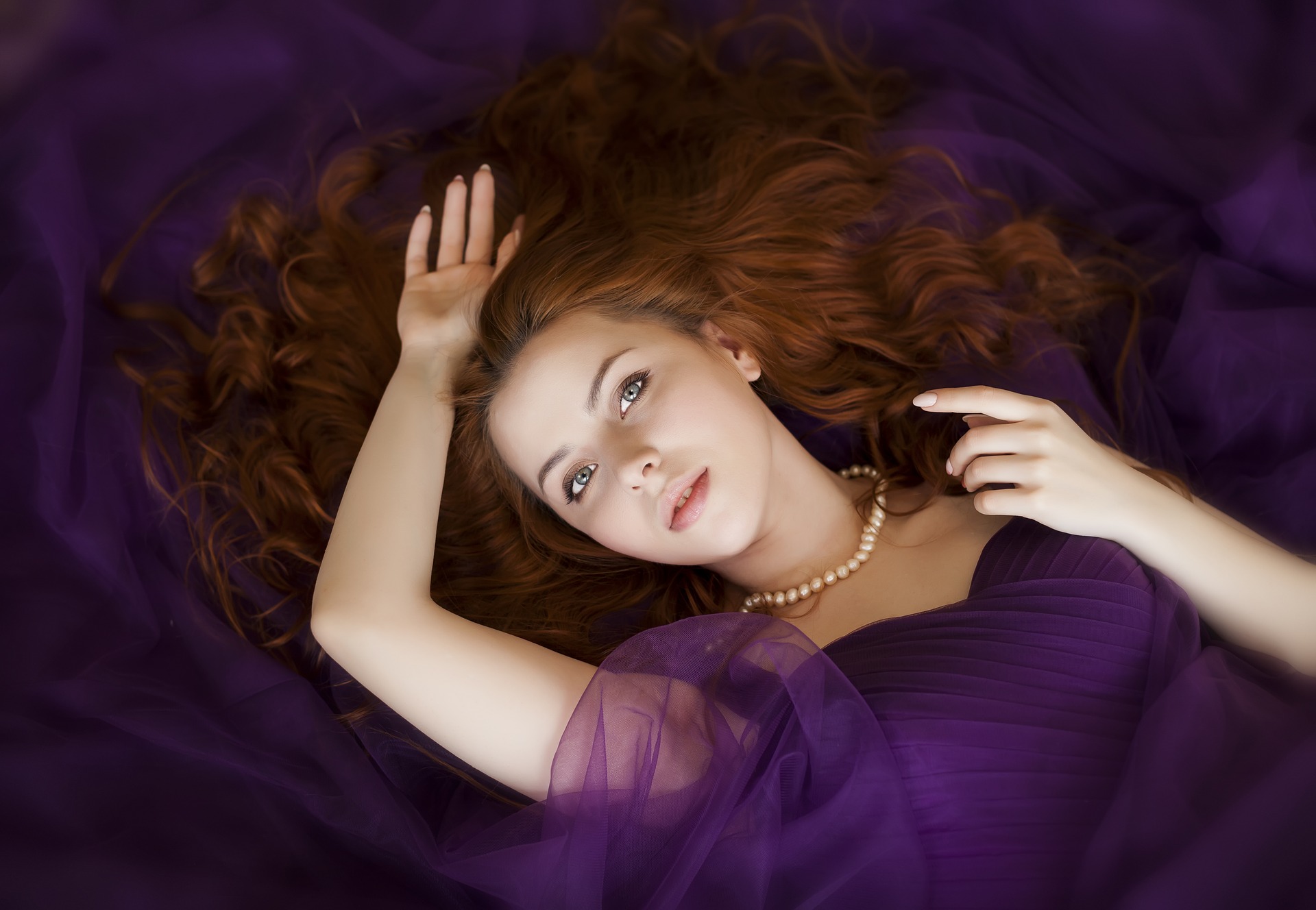 Want to have beautiful and healthy hair? Easy! It is not to boast, but every time a hairdresser has the occas’ to have to do with my mop, she always bursts under the compliments! Basically, I still have a good nature, which gives me a lot of thread to twitch at times, because thick, voluminous and wavy (curly at the time).

I did not invent anything, but I still wanted to share with you the little nuts tricks that worked for me! So here for you:

It may seem logical, but it is the base of the base! Exit silicones, sulfates and other crap that only serve to denature the hair! To do so, several solutions are available to you.

If you’re a lover, you’ll find organic shampoos, conditioners, and masks in the cosmetic department of any supermarket. Personally, I do less and less use of these cosmetics because I prefer to pick them myself, but that’s a matter of taste, lifestyle, and time too! So, I can advise you to turn to the ranges that I tested and approved as, Alverde (the organic brand of DM stores in Germany), Health, and of course, Propolia, which has made a lot of noise on the web, and that’s just to die for!

Also, possible, one-shot shampoos-masks powder-based. I still do it regularly but not as often as at the beginning of my stay at the natural because it requires a little more time and anticipation since it is necessary to prepare the mixture just before. Again, very simple, a powder rich in saponin like Shikakai, Sidr or Reetha, a little water, possibly oils, and / or other powders and rolls my hen!

And here I speak in a general way! In all that you do, do it with delicacy! For shampoos, we avoid rubbing like a zinzin! The “schroun-schroun” must be done only in roots, and this, with the pulp of the fingers. When rinsing, the shampoo will be distributed over the lengths, which will be enough for them. When you brush them, do it, the most delicately in the world. As for drying, avoid rubbing them like a genial with the towel, even if it is made of organic bamboo! You envelop them in fakir mode, you wait fifteen minutes until the excess water is absorbed, before letting them air dry!

I did not separate, I totally divorced! Hair dryer, hair straightener, curling … It heats, it burns the hair and eventually completely denature the hair fiber.

And I speak knowingly! I had to smooth my hair every day for 10 years on the pretext that I could not bear the idea of a curl on my head. I could not go out without at least having smoothed the locks that fell down my face at the risk of looking like someone who had just got out of bed. I thought I had inherited a bad hair nature, and I envied those girls who had them smooth as soon as they woke up. I realized much later that the problem did not come from them, but from me, and from the way I had to deal with it.

When I decided to stop, I found myself with deformed hair at wish! Stiff in some places, wavy to others, not to mention the few loops that were still resistance.

I will not lie to you, it took a while to become uniform again. The time it pushes, that I cut, they push again short. Do not despair, it’s just a bad way to go! I admit that the little ones still have sequel since now, they do not curl at all but undulate. Is it because of the use of iron, henna that tends to gain them, or do I have to put that on the count of the time that passes and my changing nature, I n ‘know too much nothing.

All I know is that the transition to the natural is never a pleasure, especially for the hair. Many give up to return to conventional products, but know that it’s just a bad way to pass the guys, courage!!!

Note: stress can ruin your hair and overall health so you must take steps to come out of depression and stress for better growth of your hair.

If you have curly hair, avoid intensive brushing on pain of resembling a Jackson Five, and favors wooden combs with wide teeth, even, mega wide! Personally, my hair is wavy, and only see the shadow of my comb once a week!

Before washing them, I brush them with a beech wood brush (that I found in organic store), just to remove the dead hair accumulated and remained on my skull all week. Then I wet them, I shampoo, and when I apply my conditioner, I dig them with a comb with wide teeth. Then I rinse, and I do not touch it, otherwise, it’s the cat. I have read a lot that the fact of disentangling them when they are wet (therefore more vulnerable) favors breakage, but I admit that it is really the only way for them to be disciplined afterward.

So, what about the legend of the 100 brush strokes a day? Obviously, it works. I saw a lot of testimonials on blogs or YouTube, but it concerned people with relatively smooth hair! This method is great for spreading sebum, which is the most natural care, let’s face it! Then the brushing activates the micro-circulation of the scalp, suddenly, they grow faster it seems.
Again, the metal brushes (who invented that?), Are to be forgotten.

To have beautiful hair, you can also do what is called in the jargon “protective hairstyles” to avoid the friction max on the pillow. To know everything that is braids, buns down coiled, not to mention the flagship accessory in this area, the kardoune! It’s a ribbon that you roll around your lengths. The technique also works with tights, so you do not need to invest if you do not have one! I do not use it all the time, it’s mostly by period, but I know that when I do it, I clearly see a difference! My hair stays disciplined and greases much less quickly. It protects the hair at night, and can also be used for smoothing without heat if it is tight (and it’s not bullshit, it works Yvonne! ).

Otherwise, you can also opt for a satin or silk pillow, a story that the hair does not catch and slips on the pillow. You can buy some but it costs a blind, so if you have the opportunity to take some piece of fabric at Toto and sew it yourself, go for it! It can be a good alternative for people who have short hair for example.

Or, the last solution, but for singles only, the nightcap! Again, in silk or satin!

Tip # 6, protect them from the elements

Whether it rains, sells, snows or hails, it’s always good to have on your back a rain hat, a hat, or even, in the last resort, a plastic bag for protect them and avoid breakage! Be careful also to the sun that can dry them eh. Then, by protecting them from external aggressions, you will see that they will become dirty much less quickly, which will allow you to space the shampoos!

Because yes, too many shampoos, as natural and organic as they are, kill the shampoo. Same for masks and care of all kinds! We must really try to solicit them to a minimum and let them breathe!

Personally, I wash them once a week, I apply my conditioner, and that’s it! I did a lot of oil baths before because there was trouble to catch up. But today, they do not need it as often, it must happen once in the month and again … If besides my hair routine interests you, tell me in the comment and I will write you can to be a ticket on the subject.

Ditto in your everyday life, if you want to have beautiful hair, avoid getting your hands in every five minutes, to tamper with them, even to eat them (yes, I have a colleague who does that guy … ). Personally, I see the difference in the weeks I leave them detached and the weeks I attach them. When they are free, I tend to touch them a lot more. they are long, so sometimes disturbing, so I replace them. And these weeks, they grease much faster! Because they are prey more easily to external aggression, certainly, but also because my hands are not always clean and carry all kinds of things that we do not even have an idea …

It’s stupid but I think that the approach must also come from within, from what you feel. You know the thing, the girls who have straight hair want them curly, those who have curled them, want them stiff, in short, typically, we always want what we do not have! It must be said that the media, the advertisements encourage us to enter a certain mold, but it is not the debate. Although.

For a long time, I thought that with the nature of hair that I had, I could never lug around leaving them detached. They swelled, did anything, it was really a mass more than a hair. To do it, I had to smooth them, otherwise, I did not look like anything. My pukes were hard to take on. In college, and still a little in high school, when someone was buckled, he was directly taxed sheep. Fashion was the stiff Chinese wand. So, I tried everything.

When I went to natural, I learned that we should not spend a brush in a curly hair, we had to feed them a little to weigh down at least and thus be able to place them properly. From thread to loaf, I learned to know them, to know what was good for them, and above all, how to style them with different hair designs (in fact, the secret was not to comb them ^^) . And from there, I started going out hair in the wind, assuming my ripples as I took a step toward acceptance of myself. So, I’m not going to talk to you about personal development, because I still have a lot of work to do on that level, but I think there is still something to dig.

This experience convinced me that whatever their type, in the natural state, our hair is beautiful. Hair too dry, too greasy, disorders of the scalp and all other existing problems are only the result of the use of bad care coupled with bad gestures.

How to Gain Confidence in Your Dress Style:

IMPORTANT POINTS FOR SUCCESSFUL IT RECRUITMENT

WAYS TO BECOME A DISPLAY AND EXHIBITION SPECIALIST

Tips to Help You Save Money on Your Next Vacation Abroad