6 Popular Jobs in the Film Industry 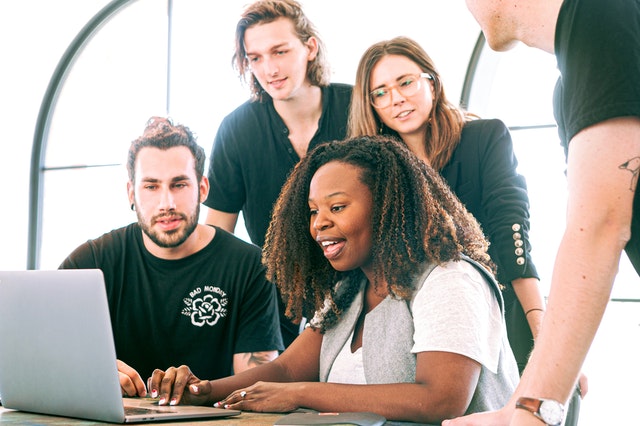 The film industry is certainly filled with a wide range of exciting jobs and alongside getting the chance to work with incredible stars, you can also see your work on the big screen! Even the smallest roles all play a big part in the final product, and everyone is equally important. This is why the credits for television shows and movies are so long!

In this article, we are going to take a look at six popular jobs in the film industry. Interested in learning more? Then keep on reading!

The role of a producer is to oversee film and television production, which includes many different things. From managing schedules, organizing actors, reviewing scripts, and assisting with directing, some spend years training before being able to work full-time. To become a director, a bachelor’s degree in the related area is needed. Alongside this, an internship will help you gain first-hand knowledge of the industry.

A film makeup artist applies both makeup and prosthetics on set. To get started in this role, most individuals attend cosmetology school and gain experience in beauty salons. From here, they may also choose to specialize in a specific area, such as horror makeup, etc. Since they are often flexible and work on multiple shows, most artists are generally self-employed, going between different jobs at various locations.

Have you ever watched a movie and wanted to know how they find all the props? Well, while some are sourced, many unique pieces are actually created by prop makers. From unique weapons to life-size items you see in theatre productions, there is no limit to what they can make. If you want to get started, you’ll need to take a variety of courses, including carpentry and art and design,

If putting down your wild ideas on paper is more your idea of fun, then becoming a screenwriter could be the right job for you. These individuals are in charge of creating new scripts and making adjustments as needed. While a degree isn’t necessary to get into this job, it can help you move forward quicker. Alongside this, finding any position in the film industry will help you make connections so that you can put your ideas forward.

Some movies have thousands of handmade costume pieces, and they all need to be made by someone. Costume designers don’t just sit behind a sewing machine all day but also work to design items that portray each individual’s personality. Like becoming a screenwriter, there are no formal requirements for costume designers. However, the more experience you have, the easier it will be to get your foot in the door.

A sound effect artist, also known as a foley artist, creates movie sounds out of unusual objects but do it in a way that sounds real. For example, celery stalks being snapped make the perfect sound for bones breaking, and simple craft feathers can mimic the flapping of birds’ wings. A degree in sound design, music, or film is generally needed to get started, but you also need to have extensive knowledge of production. Check out these cheap items to make foley sounds if you want to learn more!

Questions to Ask Before You Opt for Ceramic Car Coating

What Do You Do On A Party Bus?

The General Benefits You Could Get From Employee Training And Development

9 Best Side Hustles for Couples

Useful Tips To Help You Prepare For The HBS Interview