Public transportation is one of the safest ways to get around. It is also becoming the cheapest when you factor in how long commutes are with the rising cost of gas. The problem is that in many communities, people are still driving over taking public transportation. One of the reasons is that they simply don’t feel safe.

This is just public perception since there is little reason to feel unsafe when taking public transportation. In fact, many communities are actively trying to make their security for public transport much better. In this article, we will go over several of the things that cities and towns are doing to improve security with public transit systems.

The Internet of Things has made massive improvements in industries such as shipping since it enables many devices to be able to communicate with each other. It is also responsible for improvements to transit security systems since it allows instant responses to incidents.

Then, AI is also lending a hand in ways that make it much easier to spot security threats before they are able to happen. In the past, security agencies would rely on closed-circuit TV to be able to see what was happening around the stations and platforms. This is obviously a very limited formula since people have to be able to monitor their TVs.

Using artificial intelligence allows the operators to automate the process of analyzing video as it happens. The system uses software to detect anomalies in the videos so if somebody were to leave a bag unattended, the program would pick up on it by analyzing the video and wouldn’t rely on an operator seeing it themselves.

With IoT, an alert would be sent to the relevant authority immediately and could be neutralized in minutes. Responses are much faster and threats are easier to identify.

There is also the matter of privacy of the people that the video is capturing so the technology being used can also blur the faces of everybody in the frame to protect their identity. This allows many transit agencies to still be compliant when it comes to privacy laws.

Security generally involves a lot of moving parts that require coordination to work. In the past, this was usually the weak link in the chain of security so when a threat turned into an actual security breach it was almost always due to a lack of coordination. These days the use of technology has enabled many different parts of the security equation to communicate better and be more coordinated.

Many devices and sensors are synched up so the response can be very quick when something happens.

All of these advances in technology have also led to better collaboration between law enforcement and transit agencies so they can make a unified response for safety. These advances have also made the sharing of video and even data much more secure so the collaboration is secure even from a cyber standpoint. 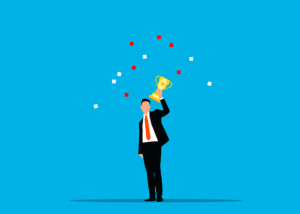 How Important Is Employee Rewards And Recognition For Organisations?

5 Ways to Build a Reputation for Good Customer Service 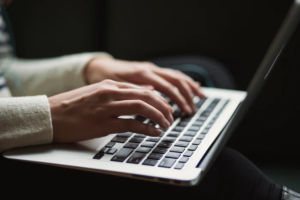 Follow these 8 essay writing steps to get an A