Google recalls one of the most popular and lovable games, Pacman on its 30th anniversary making doodles on it. The nostalgic video game was played in the retro era of the 1980s. At the present time, you can find this game easily on the market but earlier its copies were often sold out due to the craziness of the game.

On May 21, 1980, a classic and popular pac-man video game came out in  Japan. It looked like a miniature, interactive cartoon. It is a maze-action video game. The game is developed by Namco Limited, a multinational Japanese video game organization.  The game is mainly released for Arcades games. Coin-operated entertainment machine games are mostly found in shops and restaurants.

We all know that Pacman was a massive hit and is also popular today. The game designer had no interest in games. There is a story behind it. The concept for Puck Man was changed to packman for international releases. In North America, it turned out to be a success. The original Japanese title of this game is The game became one of the most popular quickly. The games which were released 30 years ago have come to be one of the most iconic video games all over the world. Now Pacman 30th anniversary is here. Here are some unknown stories about this game most people don’t know.

22-year-old Toru Iwatani started work at Namco in 1977. He never did these kinds of things before and never designed any video game. The inspiration for the Pac man character comes from a pizza with a removed slice. Once Iwatani was eating a pizza and looked down at the pizza with a missing slice. He even posted a half-eaten pizza for publicity.

But in a public interview, he doesn’t fully accept these things. He said that he was eating Japanese food which is square-shaped. But he decided to round it and the Pack-Man began.

Pac-Man How the game works

Pac man-games develop after some years. pacman 30th anniversary game launched with some new features. Pac-Man is an Action and adventure game. When you play the game you need to concentrate the four colored ghosts’ movements. The objective is to eat all the dots. Those are power cookies. While eating, players need to avoid the four ghosts. The Names of those four ghosts are blinky( red), Inky (light blue), pinky (pink), and Clyde (light orange). The four ghosts have their own attack strategies.

Blinky(red)– when Pacman eats a number of dots. He always moves faster but when you eat no dots. His speed became lower.

Inky(light blue)– is the most dangerous one. Because he is the mixture of all ghosts.

Pinky( pink) – pink one always follows Pacman’s direction but doesn’t follow directions. She has a special skill: she is closest to the wall so it can catch you easily.

Clyde (orange) – This orange one is leaving the box and heading PAC man but he can change his direction. He is dangerous to change his shape.

Why Google Re-Imagined PAC-MAN On Its 30th Anniversary-

With a remake version of the game, Pac-Man celebrates its 30th anniversary. The game with the new version offers better sound quality, gaming mode, and new achievements for gamers. Therefore, you get the old taste of wine with a new flavor.

The new version of the game can be downloaded from Google Play Store. Even you can stream it from iPad and iPhone. The game marked its name on the society. The original version of the game is a little difficult to catch up with, but the newly launched version has a smooth interface. Moreover, the iconic Pac-Man logo beatifies the game more than ever.

Pac-Man is the most popular and beloved game of all time in the arcade genre. Some experts say the newly launched version is better than the original. The arcade game is still best selling in its market, with records number of over 30 million copies sold worldwide. The game is so popular that google needs to re-imagine it. And they offered it with the new and improved version in 30th birthday.

How Pacman Inspired by Other Games>

In Japan on May 22, 1980, the original Pac man appeared. In Japan, the missing pizza slice is a pillar of retro gaming history. It’s hard to imagine a game without the yellow hero. Pacman changed the gaming world. Toru Iwatani is not a game designer. He is an engineer. But he loves to draw, his school books would be filled with drawings and doodles.

How Pacman made an impact on google

In google, Pacman is the oldest video game. Pacmans anniversary is celebrated on a particular day on 13th April 2020. Playable doodle pacman 30th anniversary. The game has 256 labels and fulfillment. This game is super attractive and fun.

Some basic statistics say a million man-hours were lost in google pac-man. Usually, people spend time on google’s homepage some minutes maximum but Pacman breaks the record. Google logo designed to mark pacman 30th anniversary said that the launch of the animated google logo wasted five million hours and the economy around 120 dollars. Furthermore, around 505 million users of google got when the Pacman google doodle went live.

If you follow the iconic Pac-Man game, you will find the new version of this game in all game stores around the world. The new version comes with an update of beautiful graphics. If you already played the game, you know how easy the game is. It has some easy levels and some tough levels that it can suitable for both young and older age people.

The newly launched Pac-Man 30th anniversary game can be downloadable. It has a maximum level of 255 and an add-on new enemy. As it is a double-player game, it can be enjoyed with friends. And the coin button on it for activating the game.

This version is a maze-chasing game. Your target is to eat as many dots and fruits as you can. However, if you want to go next level, you need to avoid it. The game is easy to play but sometimes challenges may be faced which cause you life in the game.

How to play Pacman 30th Anniversary in Google Browser

One of the most interesting things comes out on google doodle on the pacman 30th anniversary. All you need to do is open google chrome. After that go to the search bar and type “Pacman”. You’ll get the result. Click on the play button. The beginner level show on your screen. After that, you can able to enjoy the games.

Why does Pacman’s 30th anniversary have such a fan base?

Pacman 30th anniversary game became more popular. Because it discovers some 8 bit memories. It has a huge fan base on google. Because it is the first-ever game that is playable on google doodle.you can play this game on google.com in 48 hours. It seems natural on the homepage.

Pacman’s 30th birthday released a special thing for game lovers. However, it is now available on all popular gaming platforms. Including Xbox one, and iOS devices. It is a timeless classic game that still has a devoted fan base. It is one of the arcade games that give it a solid foundation.

If you don’t know more about Pacman and think about whether it is worth it or not to include in your collection you can see the history of doodle Pacman 30th anniversary. For many years It is become a bestseller and has a very loyal fan base.

Some Awesome Facts About Pacman

No matter if you are a longtime fan or not of this game. It definitely brings us fun and joy. The game is simple and interesting as well, anyone can played this game easily. You can learn the game rules easily even if you play it for the first time. It is one of the best games programmed with computer code. And also it is possible to visit the doodle. Wo google celebrate doodle pacman 30th anniversary. This game is popular almost all over the world but it is mostly famous in Japan, and the Japanese call this game “Master of skills”. Pacman is still one of the most loved games. The new version of this game launched soon. Are you excited for the new version? It must have a very refreshing and modern look.

1. When was the 30th anniversary of Pac-Man?

Ans – The game success or original release back in 1980. The pacman 30th anniversary google doodle was brought to life in 2010.

How many levels does Pac-Man 30th Anniversary have?

Ans- Players get only 3 lives to play with. Moreover, they also got a bonus life chance which is for 10,000 points. Players face a challenge of over 256 levels.

Is Pacman a villain?

Ans- pacman has always been the hero. But he is a monster. The ghosts in pacman have always been portrayed as villains.

Is there an end to Pac-Man?

Ans – when pac-man eats all dots. The game ends when all lives are lost.

Why Pacman is yellow?

Ans- because yellow is a peaceful and natural color. 94 % of Americans recognize the video game character.

What is the highest score on Pac-Man 30th anniversary?

How many fruits are there in Pacman?

Ans-  You’ll get total 5 fruits for the power pellet. 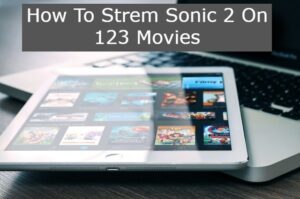 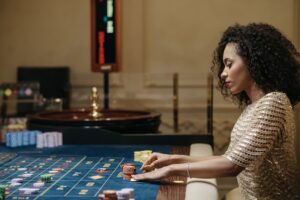 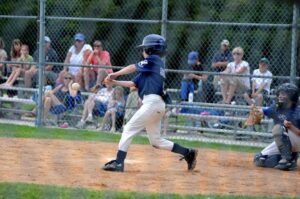 Baseball Near Me How To Play Baseball