What is a Fail Safe Electric Strike 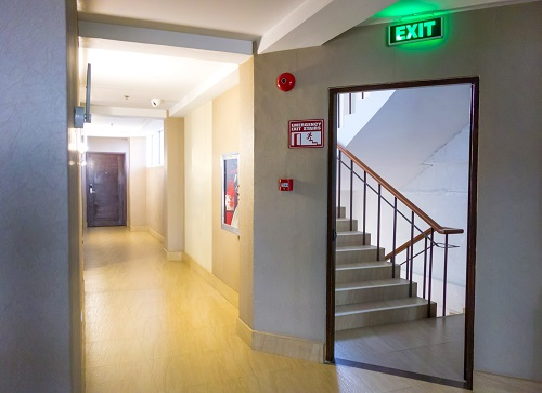 Before discussing anything else as it pertains to fail safe electric strikes, it is useful to know what the basic definition is for such a system.

If you have a system that is a fail safe electric strike that means the lock becomes unlocked when the power is removed. In other words, when the electrical power is running, everything is locked. However, if the electrical power fails or is stopped for any reason, the door is automatically unlocked. You mostly see fail safe systems used in main office doors or doors in a main lobby.

Mag locks are a common form of a fail safe electric strike, where an electric current creates a magnetic field that holds the metal plate in place keeping a door closed.

Fail secure locks are most often used for IT rooms or other sensitive areas. However, since a fail secure door automatically stays locked during emergencies, typically it will have a mechanical override in place, like a regular key.

That said, it is worth remembering this is also a way of getting in the door without leaving any electronic traces, so it is generally the case that the use of mechanical override keys would be restricted to a small handful of people who have a high level of importance and/or knowledge of the system.

Some common examples of where you might see fail secure locks include fire-related doors and doors in a stairwell. This is because if a fire breaks out those doors will remain closed to seal off a portion of the space and help reduce spreading of the fire.

People tend to think that fail safe locks are intended to allow a quick exit in case of emergency. However, that exists with either a fail secure or fail safe lock because with either system you will never be restricted from exiting the door or building no matter what is happening.

It is worth remembering that the fail safe and fail secure terms only apply to points of entry. So, while these systems will never keep anybody from getting out in the event of an emergency, if not used properly, a fail secure system could theoretically impact people getting in to help if such situation arose.

Another misconception is that because people fear fail safe locks unlocking during power outages, they install backup batteries. While that makes sense on the surface, in actuality, it completely defeats the purpose of installing fail safe locks in the first place.

A lot of offices do this because they want to use glass doors, which are far more aesthetically pleasing. Except generally only magnetic locks work on glass doors, so the company essentially operates them like a fail secure magnetic lock. The mag lock becomes popular as a result because it works well with the glass door.

For electrical strikes blazing rated doors fail secure strikes should be used per the National hearth Protection Association (NFPA) eighty, Standard for Fire Doors and Other Opening Protective’s. Fail secure strikes are pretty standard for doors of this kind, except when access is required upon fire alarm. There are not many situations where access to a fire alarm is necessary.

This regulation exists as a way to ensure that an electric strike does not affect firefighter access. Their method for access on a door with a mechanical lockset, like a key or access-control credential in the key box or a tool, can still be used.

For some types of hardware, your choice is restricted to fail safe or fail secure as a matter of what is even possible to purchase. For instance, electric latch retraction panic hardware, where the latch projects only if power is removed, is available only as fail secure.

On the flip side, electromagnetic locks, where there is no magnetic bond if power is removed, are available only as fail safe. However, most types of electrified hardware, including electromechanical locks, electric strikes, and electrified trim for panic hardware, can be purchased and set up as either fail safe or fail secure.

Some hardware needs to be custom ordered and tailored to fail safe or fail secure ends, though many hardware products are field-selectable.

When does it make sense to use fail safe or fail secure?

Tips To Fight The Winter Blues

Anti-Aging Tips And How To Reverse Aging

What Kind Of Equipment Do You Need If You Want To Become A Musician?

The Entrepreneur’s Guide to Launching Your First Product