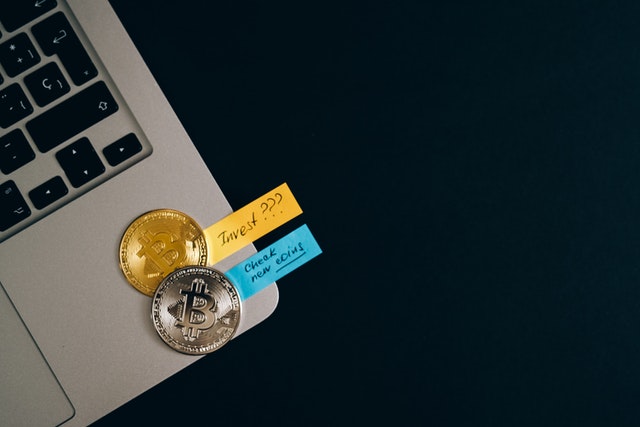 The history of cryptocurrencies goes all the way back to the 1980s when American cryptographer David Chaum created one of the world’s first forms of electronic money, known as ecash. However, it’s only in recent years that the world has started to take a major interest in cryptocurrencies, with the likes of Bitcoin and Ethereum proving hugely popular with the masses and seeing immense surges in value through the 2010s and into the 2020s.
Bitcoin, in particular, has become one of the most valuable and widely talked-about cryptocurrencies of them all, with people of all ages and from all walks of life taking an interest in this currency and some even amassing impressive fortunes through their investment and mining efforts. But what exactly is Bitcoin mining? How does it work and what sorts of equipment are required to mine Bitcoin in the first place? Read on for answers to some of the most commonly asked questions on this topic.

What Is Bitcoin Mining?

Many people are confused the first time they hear the term “Bitcoin mining”. The term is used to describe the process in which new coins enter circulation. On a technical level, it’s the process of creating valid blocks which are used to add more transaction records to the blockchain.
It’s a very long, drawn-out, expensive, and complicated process, but it does have a lot of appeal for many people, due to the fact that if all the correct equipment is used and all the figures line up correctly, people can essentially make their own money, in the form of crypto tokens, via mining.

Why Do People Mine Bitcoin?

Mining Bitcoin is an essential way to keep the currency growing and extending the blockchain ever further, as well as solving some technical dilemmas related to Bitcoin’s exist real-world, such as the famous “double spending problem”.
Miners who put in enough effort and time can be rewarded with their own Bitcoin tokens, similar to how a gold miner can dig out their own gold, essentially being rewarded for their efforts over time. Mining is therefore a big incentive for many people, adding to the allure of Bitcoin as a cryptocurrency and encouraging many people to take an active interest in the mining process.

How Are Bitcoins Mined?

So, now that we know the basics of what Bitcoin mining is and why people do it, let’s look at how the process actually unfolds. Mining Bitcoin, after all, isn’t like mining gold or digging out gems from a real-world mine. Instead, it’s a complicated digital process that is more like auditing than mining.
Bitcoin miners basically get paid for checking on the legitimacy of Bitcoin transactions, and the whole process helps to keep users of this cryptocurrency honest, helping to avoid the aforementioned double-spending problem, in which a single coin could effectively be spent twice by the same owner.
In the real world, if you use a $10 bill to buy an item, you hand over that $10 bill and can’t spend it again. In cryptocurrency transactions, there’s always a risk that someone could make a copy of their Bitcoin tokens and use those copies to buy items digitally while still retaining the original coin.
Bitcoin miners help to avoid these issues by checking transactions in detail. After “mining” or checking 1MB worth of transactions, also known as one block, miners can receive a reward for their efforts.

Does Everyone Get Paid?

Unfortunately, no. Mining blocks only give miners a chance of being rewarded for their efforts. In actuality, many miners don’t actually get paid and countless people who verify Bitcoin don’t get tokens at all. You’re only really mining for a chance at a reward, not a guarantee.

It requires a lot of advanced equipment and high-end computing power to mine Bitcoin effectively, so many people want to know is Bitcoin insurable? Well, since cryptocurrencies are still relatively new, this is a bit of a gray area that requires investment and evolution in the future.
For now, there aren’t many options out there for people who want to ensure Bitcoin mining equipment specifically. However, insurance is still available for many forms of computer hardware and equipment that are used in the process, so it may be possible to ensure most or all of a mining rig by finding the right policies.

Bitcoin mining is quite complicated, especially for those who are first starting out or want to give it a try. Hopefully, this guide has helped you understand a little more about how it all works.

How to Optimize Your Growth Strategies with Contract Analytics Software

How to Prepare for Exams: 14 Tips to Do Well on Your Next Exam

Cashing Out: How to Convert Crypto to Cash

The primary differences between Inheritance and Estate taxes

The Truth about Debt Consolidation (Samlelan)

6 Things to consider when starting your own cpa firm

Jaylin Sep 13, 2021 0
Whether you love him or hate him, there's no denying that Kanye West is a man of many talents -- especially when it…

Types of rock climbing shoes you may consider before your next…