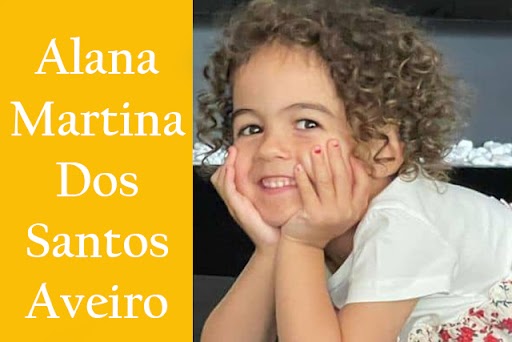 Alana Martina was born on the 12th of November, 2017, at a hospital in Madrid, Spain. She was born 9 days before her due date. Alana is Cristiano’s fourth child and second daughter but Georgina’s first child.

As Ronaldo is the most famous football athlete and one of the most followed people in the world, gradually Alana was famous in the media from her birth. At her early age, numerous number articles from famous sites had already been published.

Moreover, Cristiano and Georgina’s fans created various social media accounts on which Alana’s pictures and her cute video were posted. In fact, she has been often seen with her parents’ social media handle. In addition, at this early age, she already appeared on the front page of “iHola” with her mother.

Famous For: Daughter of Best Footballer in the world Cristiano Ronaldo

According to her birthdate November 12, 2017, she is now 4 years old and in 2022 she completed five years. Alana is one of Cristiano’s four children. She has 3 siblings via her father. Brothers are Mateo Ronaldo and Cristiano Ronaldo junior and sister Eva Maria Dos Santos. Ronaldo keeps the secret of Ronaldo jr birth. He takes the whole custody of his son with a contract not to disclose his mother’s name. In fact, we can not surely say whether Ronaldo jr is born via surrogacy or not. But we confirmed said that on June 8, 2017, Mateo and Eva his other children were born in the United States via surrogacy.

Alana Martina dos Santos Aveiro  born in Univrsity Hospital Quironsalud, Madrid. Scorpio is the Zodiac Scorpio. The little and sweet girl lived with her siblings. Despite popular influencers and famous her parents always gave her quality and best environment for daily life.

In 2017, 12th of November after Alana’s birth Cristiano Ronaldo share a picture of a newborn baby with the caption “ Alana Martina is just born! Both Geo and Alana are doing great! We are all very happy”

Alana was born 9 days prior to the due date. At that time her father Cristiano was playing for Real Madrid, one of the best and biggest football clubs in the World based in Madrid city. In 2018, Ronaldo signed for Juventus, a renowned football club based in Turin. Alana Martina dos Santos Aveiro with her family shifted to Turin, Italy.

After Effect of Alana’s Birth-

Ronaldo announced the birth of Alana by posting a picture on Instagram with Georgina holding the newborn baby and his eldest son Cristiano Ronaldo jr. moreover, Ronaldo continues posted pictures of Alana and other children very often. Sometimes we witnessed some family pictures too.

Later we found that Ronaldo and Georgina both chose the name of the newborn baby. In fact, Georgina confirmed later Ronaldo chose “Alena” and “ Martina” was her choice. The name “Alana” means “precious” or “beauty” in German. Also, it means “serenity” in Gaelic. Similarly middle name, “Martina” means “Gods of War” in Latin.

Georgina also said that Ronaldo was “happier than ever” after Alana Martina dos Santos Aveiro’s birth. Moreover, Georgina and Alana both appeared on “iHola” magazine’s cover page. “iHola” magazine is a Spanish variant of one of the top most English magazines “Hello!” in addition, Georgina makes a bold statement that after the birth of Alana she and Ronaldo comes more closer than earlier and regarded this time period as a “very special time”.

Alana Martina is only five years old. She is too young to be in a profession. In fact, she is famous for her father Cristiano Ronaldo. One of the greatest players ever played football. His career graph is too big to mention.

For the club, he played at Manchester United in English Premier League from 2003-2009. Here he won 1 Uefa Champions League. Later in 2009, he join Real Madrid and he almost won everything here including 4 champions league out of 3 are consecutive league titles.

As a personal achievement, the list will be endless. As a player, he won two la-Liga, two Seri A, three English Premier League, and 5 Uefa Champions League. And as an individual, he has 5 Ballon d’Or, 4 European Golden Shoes, 3 Pichichi trophies, and so on.

Therefore, Georgina Rodríguez is a Spanish model and dancer. She is also an internet influencer with 30 million followers on Instagram. Cristiano and Georgina met in a Gucci store in Madrid, and after that, the romance continued.

She is only five years old. We have to wait for several years and give her space to complete her education. We hope she will do something big like her parents.

Is She On Social Media?

She is too small to run social media account. She often appeared with her mother Georgina and Father Cristiano. But there is numerous unverified account hanging around social media. In fact, an Instagram account with Alana’s name has almost 30k followers. In addition, a dedicated Facebook account runs with almost 1k followers. Even you may find a Twitter account with her name which was even created in September 2017 before her birth.

Has She In A Relationship?

Net Worth of Alana?

As we already mention she is not in any kind of profession. So, her net worth would be uncountable. But she is enjoying a heavy lifestyle with her parents. As her father is the world’s highest-paid athlete and the world’s richest athlete she enjoys every luxurious moment. Cristiano Ronaldo’s net worth is $500 million as of 2022.

Alana Martina dos Santos Aveiro is famous for her father Cristiano Ronaldo. But we hope she will do something on her own and make a name. Although she is too young to make a mantic. But we have to wait for the future and give her time to make a name.

Why the name Alana Martina dos Santos Aveiro is famous?

The name is famous because this is Cristiano Ronaldo’s daughter’s name.

What is the mother name of Alana Martina dos Santos Aveiro born?

Georgina Rodríguez is the mother of Alana.

What Religion does Alana belong to?

Alana belongs to the Christian religion.

In which magazine does Alana appear?

Alana appeared in “iHola” magazine with her mother.

What Impact Will Voice AI Have on Financial Collections?