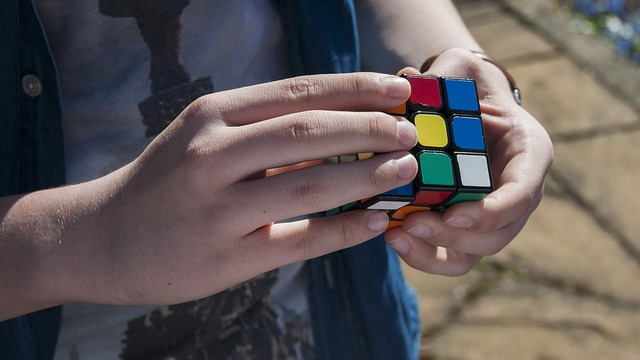 The Rubik’s Cube has piqued the interest of many around the world ever since it became available in toy shops world-wide. Having over 350 million cubes being sold, the complex puzzle of colors continues to perplex children and adults alike. The Rubik’s Cube is now a household name and a common hobby for many. Just how many more interesting features can the smart Cube possibly have?

Although the Rubik’s Cube is known as a famous toy in modern times, Erno Rubik, the Hungarian creator of the Rubik’s Cube, actually created the puzzle cube for studying and for art. This would mean that the “toy” we know and love is actually among the most renowned artworks of the century. The colorful Cube may be a common object to most of us nowadays, but it is an amazing device that defined the lives of generations.

The smart Cube has quite a variety of interesting facts. It may seem unassuming enough at first glance, but it actually packs quite a bit of history behind its many faces. Here are 5 interesting facts about the Smart Rubik’s Cube that you might not know about.

The Rubik’s Cube has proven to be filled with quite a lot of interesting history. You may just overlook it as another regular children’s toy, but the puzzle cube has given entertainment and memories worthy of making it the toy of all time. Its many variations pose quite a challenge, especially for those who have only started cubing.

The Rubik’s Cube may seem like a tedious toy with the many patterns and techniques you will have to learn, but you will find that solving and studying the Cube actually makes for a good pastime and helps you enhance your thinking skills.

Recommended for you: Fun At Parties: 8 Of The Best Dice Games For Large Groups

Fun at Parties: 8 of the Best Dice Games for Large Groups

How to Swim in Deep Water?

Leave A Reply
Cancel Reply
Stay With Us