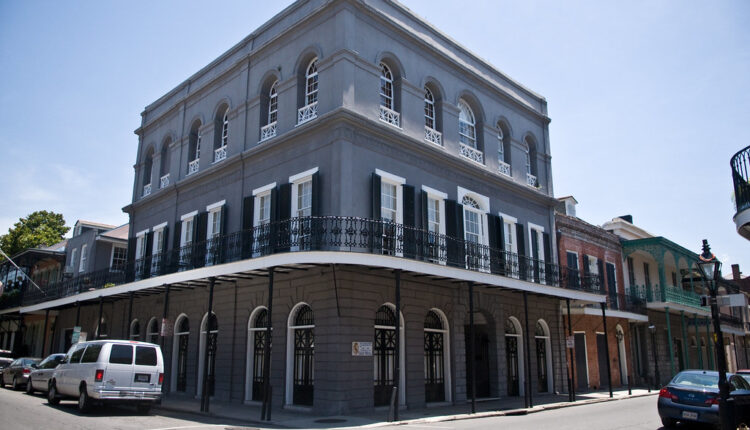 When people think of New Orleans, most of them usually think of the bright colors and party scene of Mardi Gras celebrations. While Mardi Gras is a massive celebration for New Orleans, you will find many more notable things about this area. One of the main attractions of New Orleans is the haunted scene, where you can discover terrifying stories and ghost encounters in the city. This city has many dark parts of its history that contribute to the paranormal activity. If you go on one of the New Orleans ghost adventures tours, you will learn the dark past this city has to offer. If you’re up for a scare, look below to find three facts about the dark history of New Orleans.

At first, you may look at the word “vampire” and think that it is just some urban legend to get you frightened. Locals of New Orleans, however, believe that vampires are very much real. It all started in the 1930s when two brothers were executed for numerous murders. While that may not seem to fit the narrative of a vampire necessarily, it is what the city discovered that led them to believe the two were vampires walking among them. A woman was found fleeing from their apartment covered in blood, but what follows is even more disturbing. About twelve bodies were found in the apartment, all drained of their blood. After the brothers’ deaths, they were buried in the family funeral vault. Many New Orleans residents still claim to see the brothers, and the family vault is empty.

When thinking about the dark history of New Orleans, you can’t forget the Voodoo Queen, Marie Laveau. Voodoo culture dates back to the early 19th century in New Orleans and has been an essential part of history. Marie Laveau was the illegitimate child of plantation owner Charles Laveau and his slave mistress. The Voodoo Queen was a hairdresser and was said to have many powers. Her powers included healing the sick, giving altruistic gifts to the poor, and overseeing spiritual rites. When Marie Leveau passed away, she was laid to rest at St. Louis Cemetary No. 1; however, locals believe she still comes to lead voodoo worship during St. John’s Eve every year.

From the outside, you may see the beautiful architecture of the 19th century, but on the inside, the Lalaurie Mansion holds dark secrets of its own. Locals in New Orleans often refer to the mansion simply as “the haunted house.” The Lalaurie Mansion is known as one of the most haunted buildings in the United States due to its gruesome past. Madame Lalaurie enslaved people who were kept in very inhumane conditions, and it is said that these souls are the ones who still haunt the mansion to this day. In certain rooms where they were kept, you can hear pained moaning and feel cold chills. Madame Lalaurie tortured and killed enslaved people in her mansion, and not many knew of the horrific things that happened behind these walls. Witnesses said they had seen some gruesome abuse, such as people missing limbs or being hanged by the neck. With the disturbing past that this mansion has, it isn’t hard to believe there are souls still wandering the halls today. Footsteps are heard all around, and you may encounter moans and pleas for help. This establishment is not only one of the darkest parts of New Orleans but also the most haunted.

One of the best ways to learn about the dark past of New Orleans is with a ghost tour of the city. On these tours, you get not only the history of each establishment but a possible paranormal experience yourself. So, book a tour today and get the fright of your life.

Why Bossman Jelly oil should be your Favorite Beard Moisturizer?