SpaceX Falcon 9 Rocket Launch was one of the most important technology events as it is with every launch of SpaceX rockets. You have undoubtedly heard of Falcon 9 if you have been following SpaceX and its missions in recent years.

In any case, if you are not aware then let us inform you briefly about it. Elon Musk, the owner of SpaceX, always believed that rockets can be re-used. So this particular rocket is a reusable rocket. It happens to be the first reusable rocket that is of the orbital class that has the capabilities of reflight.

As you continue reading, we’ll provide you with more information on it. So continue reading if you want to learn everything there is to know about it and how to view real-time data.

Its full name SpaceX Falcon 9 Intelsat G-31/G-32. It is a two-stage rocket whose manufacturer, SpaceX, also serves as its designer. It can transport passengers as well as payload throughout Earth’s orbit and even beyond. However, as you already may be aware that SpaceX is known for its cost-effective programs.

This allows them to retain and use the most expensive components of the rocket. This drastically decreases the cost of each mission. SpaceX Falcon 9 Rocket Launch is the latest example of such a mission.

The components mentioned on their site include images of each part including the payload.

Which engine is being used?

The engine’s name is Merlin and it was used before in Falcon 1. This engine is made by SpaceX themselves and is sometimes even used in Heavy vehicles for launch. It uses rocket-grade kerosene(RP-1). The main gas responsible for generating power is liquid oxygen. Since its first design, the merlin engine is designed in such a way that its components can be recovered and used again. Its propellant is LOX/Rp-1 and its thrust of 845kN/ 190,000 lbf.

The vacuum features a huge exhaust section which has a larger exhaust in the end. This increases the efficiency of the engine, especially in the vacuum. It can cool itself with its regeneration capabilities. This makes it the most efficient recoverable engine.

What are the launch details of Falcon 9?

The most recent SpaceX Falcon 9 Rocket Launch was launched from Cape Canaveral Station’s Space Launch Complex 40. The time was precisely 11.06 am on November 12, 2022. If you want the live details you can check them out by searching for Falcon 9 and visiting SpaceX’s official website.

What is its mission?

Once it has reached its destination, its major goal is to deliver high-speed media transmission. Additionally, it allows for best-in-class cable headend accessibility. The main target audience was North Americans, who would benefit from high-performance media delivery. It is also critical for Intelsat’s U.S and C-band clearing strategy.

What are some of the most interesting facts about it?

As you must have already understood that SpaceX was trying some revolutionary at the time of its release so there are many interesting facts about them. They include:

It is fascinating to read about the SpaceX Falcon 9 rocket launch no matter how many times they do it. It is one of the most successful rockets, therefore it makes sense why people bring it up so frequently. With each launch, it sets new records and adds to the number of achievements. We can’t wait to watch it accomplish its objective and see what milestone it reaches next. 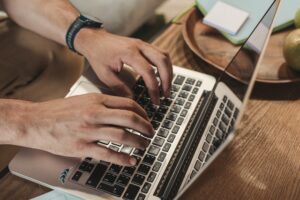 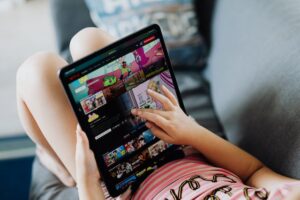 Crackstreams Movies and Sports – How To Watch Them Online?

Reasons Eco-Friendly Technologies Are Not Common Yet