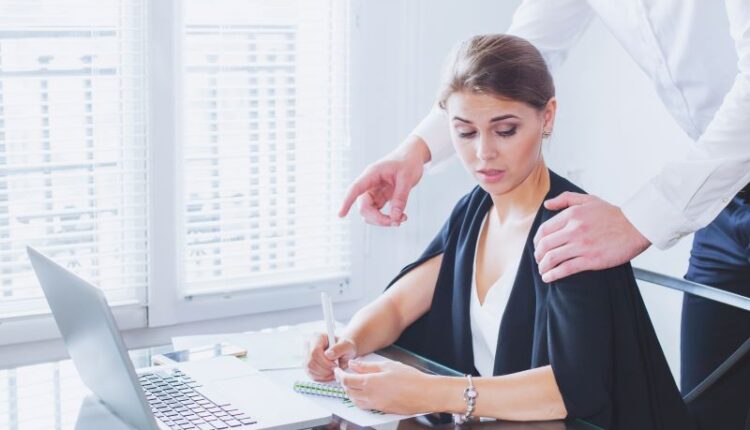 Sexual harassment is a major issue, and the past few years have seen a flood of allegations against men and women—from actors and business people to politicians and professors. While this may seem like a lot of progress, it can be easy to overlook that sexual harassment remains a pervasive issue across the globe.

Given this seemingly ubiquitous nature of sexual harassment, it might be easy to believe that this issue won’t be overcome. This list attempts to show how pervasive and endemic sexual harassment is.

1. When People Do Report Incidents, Nothing Happens

It’s rare that victims of sexual harassment are taken seriously when they first report an incident. For most, this makes them feel as though their original claim was groundless, which means future claims are likely to be dismissed too. Of course, falsely accusing someone is terrible, but dismissing every victim without taking their case seriously does little to help anyone. This is why you should engage with a sexual harassment lawyer for professional representation so your case may be taken seriously.

2. People Don’t Know How To React When Someone Tells Them They’re Being Harassed

It’s difficult for people who’ve never been sexually harassed to imagine what it must be like. When asked, many individuals will say that they’d stand up and fight against their harasser or go straight to a person of authority. In truth, however, victims of sexual harassment can freeze under pressure and find themselves unable to move at all.

Even if you’re able to tell your friends about your situation, chances are they won’t know what you should do next or how to help you out of the situation. They might not understand why you aren’t going straight to a person of authority or confronting your harasser. Many victims don’t do this.

People who’ve never been harassed often think they should just be able to stand up and tell their harasser to stop—but for all sorts of reasons, moving away from the situation isn’t always possible. Therefore, it’s important for people to know how difficult it can be for a victim to confront their harasser.

Being harassed can have a profound impact on your life. Whether you’re a college student or an employee in the workplace, if you’re being harassed, chances are you know who’s doing it. You might even be friends with the person or people in question.

Friends might not judge you or think less of you for being harassed, but that’s not often what happens. As such, victims are often silenced, keeping the issue hidden.

4. Victims Fear Being Blamed If They Report An Incident

The issue with sexual harassment is that those who are guilty of doing it tend to have power over those they’re harassing, whether that’s a boss or a friend. If you go against them, chances are there’ll be some form of backlash, making victims feel as though they’re at fault, too.

This is part of the reason why some victims choose not to report their harassment to a higher authority. They simply don’t want to face more torment and bullying, especially if it’s coming from someone who holds power over them.

5. Harassers Are Protected By Confidentiality Clauses

Sometimes, employers will have a clause in their contracts, which means employees can’t whistleblow about internal company secrets. This might seem sensible—until you realize the only thing being kept secret is sexual harassment. Victims who want to speak out about their experiences are gagged because doing so would likely lead to them losing their job.

As a result, there are harassers throughout workplaces who are protected by confidentiality clauses, meaning that the only reason they’re not caught is because of their power over others. It’s rare for victims to speak out about this too, so bringing down these abusers can be almost impossible unless someone goes public with an accusation.

7. Many People Don’t Know What Sexual Harassment Is

One of the biggest reasons why sexual harassment continues to take place is because many people simply don’t understand what it involves. You’ve all heard the phrase ‘it’s just a joke’ or ‘maybe you’ve thought something similar yourself,’ but that doesn’t mean it isn’t offensive and unacceptable in the workplace.

Sexual harassment takes many forms—from physical abuse to comments about someone’s appearance. If you’re not sure whether what you’ve said or done is borderline sexual harassment, then chances are it probably is!

If you want to be part of the progressive change as far as sexual harassment is concerned, then you’re going to have to educate yourself as much as you can about why it’s such a prevalent and persistent phenomenon. Consider the ideas mentioned here as you navigate through this pervasive issue.

Why buy Recliners with heat and massage for the elderly

Is the real estate market going to crash?

How To Find A Reliable Lawyer For Your Case