Who does not love to hear rap songs? Rap is all about the flow, rhythm, and storytelling. As a rapper, artists like to throw out their storytelling, especially what is going on in society. Moreover, sometimes they also like to talk about some personal experience, some terrible experience about their life. Furthermore, rap songs could use some bad language as well which some audiences may get offended about. However, some audiences also get cheered by such languages of the rap song. Dababy is right now one of the most renowned rappers who has created a storm in social media.

As per new reports rap songs have captured almost 70% of the market of the music industry. Likewise, the music industry is going through a transformation and it requires dealing with the ever-changing atmosphere. During the last couple of decades many rap artists have come up and many people are going through their albums regularly. Dababy is now becoming one of the bigger artists in the rap industry.

Dababy’s real name is Jonathan Lyndale Kirk on 22nd December 1991, in Cleveland, Ohio, US. He grew up with his two brothers. He was the youngest child in the family. He is always a music lover. When he was a child he listened to music. But he was never interested in making his career in music. When he was 6 years old his family moved to charlotte, north Carolina.

When he was a teenager he indulged in crime. For making fake licenses and possessing marijuana he was booked by local police several times. He continued his high school education in  Zebulon B. Vance High School’ in Charlotte, North Carolina. when he was out of prison.

He did some small jobs and also some illegal things for making money before his musical career. In his early 20s, he had started making a career in music.

A new artist called Jonathan Lyndale Kirk was born to rule the world of rap and it is Dababy’s real name. Moreover, he was born on December 22, 1991, and is professionally known as DaBaby. In addition, he is also known as Baby Jesus. He is an American rapper and has released several mixtapes since 2014. Furthermore, he rose to fame in 2019.

In 2019, DaBaby released“Baby on Baby” which peaked at number seven and reached Billboard 200. Moreover, people still remember his debut album kirk which became a large hit. Furthermore, among the top 10 singles, “Suge” former album became one of the biggest hits and remained a Hot 100 song for one year.

In addition he also later got featured in a new album called “Intro” and “Bop” became one of the biggest hits in multi-platinum records. Later in 2020, he released his third album Blame It on Baby (2020). Likewise, this album became the second one that hit the top 10 number one album in the US. In addition, in this album, people liked the stylish features of the new genre of hip-hop music of Dababy songs.

According to the media, there is various data about how tall is Dababy. Moreover, as per his family, Dababy’s height is 5’8” ft tall.

Dababy got himself a set of $20,000 diamond teeth. widening into a Cheshire cat grin. He says that his super-sized rings are permanent. He claims that he paid a million dollars for his diamond teeth. All the procedure was done at Johnny Dang’s spree in.

You can guess from his date of birth how old is dababy. However, according to the media, DaBaby’s age is right now 30 years old as of 2021.

As per the media, DaBaby has a net worth of 3.40 million dollars. Moreover, he also possesses some high-end cars and a huge property in Los Angeles.

When it comes to Dababy cars, the media has a huge interest in what kind of car he possesses. Correspondingly, he owns Ferrari, Lamborghini, Mercedes, BMW, Audi, etc. However, the media do not know how many new brands he possesses.

DaBaby has four kids who belong biologically to different women. According to the media, the star rapper also has a stepson who belongs to his ex-girlfriend MeMe. Though as per the news report, his stepson belongs to MeMe’s previous relationship. However, people do not know much about Dababy kids.

As per the media, DaBaby also has a biological daughter who was born in 2017. Not only is the identity of the daughter unknown but he also fathered another child at the same time with another woman.

There are rumors that DaBaby dated a woman named Ashley Kirk during his high school and during this time, some pictures of his wife went viral. Moreover, there are also some photos with his wife on Instagram.

However, the rapper later said that they have married in a private ceremony after dating for five years. Dababy’s wife is DaniLeigh. As there was a rumored relationship between these two, they announced their marriage in 2020. However, they later divorced in 2021.

Dababy convertible is a meme that is a reference to a joke. In this joke, DaBaby’s head almost looks like about Crysler PT Cruiser. Moreover, this meme is also associated with the song “Suge”. As it became viral in March 2021, some companies created DaBaby convertible video games and became one of the most popular Dababy memes.

There are a few Dababy new songs that are charting on the top of the list and a few are also becoming one of the major hits in the history of US rap songs. Moreover, songs like “Roof”, “Red light green light” became the highest download song in the US.

Not only DaBaby became famous for his rap style but also for using “Let’s Go!” in the song “Vibez”. Moreover, Dababy’s “let’s go” became viral and became a meme.

Dababy is a famous rap artist who is known for his lyrics. He did some illegal things for money. He also got into trouble in November 2018. When he has shot a man to death.  But later it’s confirmed that dababy was attacked first by the man. And he shot him for self-defense.  He likes to do traveling, play video games in his free time. Moreover, he also likes to use simple lyrics which people can easily understand. People have liked the way he managed to use the beat. He always keeps updating his fans on social media about his upcoming projects, he get in touch with his fans through social media. Finally, he has a total wealth of $ 3.40 million and lives in the US with his family.

He is a famous rap artist

2. Where does Dababy live?

He lives in the USA

3. How much wealth does he have?

6. What is the real name of Dababy?

8. What is the nationality of the Dababy?

He is American by birth.

9. What is the ethnicity of Dababy?

He belongs to the African community. 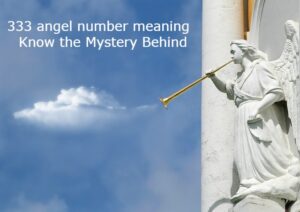 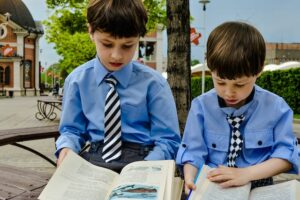 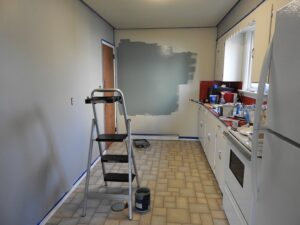 5 Awesome Ideas For Your Next Kitchen Remodel