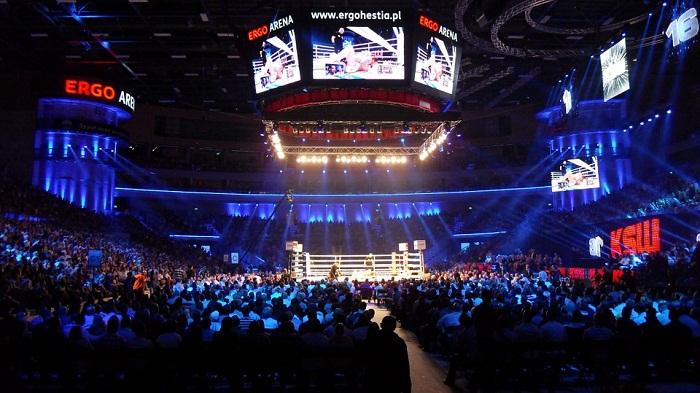 Over the past few months, one of the most exciting rivalries that the WWE Universe has been exposed to is that of Charlotte Flair and Becky Lynch. The two female superstars of the WWE have been involved in various matches that have been main events at pay per views and also have held numerous championships. However, the fans were made to believe for a few moments that this rivalry was now coming to an end with Charlotte Flair coming out and telling Becky Lynch that she wanted to be her friend again on the 14 October episode of Monday Night Raw.

This was also fanned by the fact that since Charlotte Flair had once again lost her WWE Smackdown Women’s Title to Bayley, as featured in the Smackdown results of the week before, she might have realised her mistake, because ultimately it was Charlotte who had started the rivalry with Becky Lynch while they were involved in a Smackdown Women’s Title match against Carmella — the then reigning champion. But things turned sour once again when within a few moments of this proposal, Charlotte turned 180 degrees and attacked Becky Lynch right before her match against The Man for the first Draft pick of the night.

Becky Lynch was quick to respond when she countered many of Charlotte’s attacks before pinning her down in her match and getting the First Pick of the night in favour of Monday Night Raw — the brand she represents in the WWE Women’s Division. Taking a small recap at how things have turned out to be between Charlotte and Becky lynch over the past year, it is obvious that they won’t be friends anytime soon. And with Charlotte having ruined a growing chemistry between her and Becky Lynch due to their respective feuds with the current Smackdown Women’s Champion Bayley and Sasha Banks, this seems to be nothing more than a dream.

Although the superstars have been inviol;eved in a tiring and breaking match against the then undefeated superstar of the WWE, Ronda Rousey, they have shown themselves to be respectful of each other when the need arose. For instance, when Becky was punched in her Face by Nia Jax when she led an attack on the Raw Women’s Division prior to the Survivor Series, it was Charlotte who was chosen by Becky to face Ronda Rousey as her replacement — she was not on good terms with Charlotte then and Asuka was the powerhouse of Smackdown.

Also, Charlotte and Becky showed a remarkable teamwork while they were facing Ronda Rosuey at Wrestlemania as well as against the team of Bayley and Sasha Banks, which is their latest feud in the WWE. But with the two ladies going against each other at times when nobody expects them, it seems very difficult that Charlotte and Becky would be friends again on WWE. Also, since Charlotte and Becky have spent half of their career wrestling with each other and the WWE Universe is loving The Man and The Queen face to face, there is no reason why the WWE should push them to be friends.

Gift The Best to Your Lovely Friend