Currently, Houston is facing the worst crime spike in years as the local trends show an uptick in violent crimes compared to previous years. In certain zip codes in the Houston area, the crime rate is up by thirty percent.

From January to May 2020, 103,248 crimes have been reported, increasing from the previous years’ 90,916 crimes. Moreover, the cases of aggravated assaults are up by thirty-nine percent in Houston.

If you or your family have been charged with assault, you must hire a Houston assault lawyer who will guide you through the case while following the state’s specific laws. Incidents happen, and things might escalate to the point that you are facing assault charges. At the same time, the best way to avoid aggravated assault charges is to remain calm in every situation. But, if you have been charged with assault, here are some tips that can help minimize the severity of the charges.

Assault Covers a Variety of Conduct

Assault can be summarized by causing unwanted physical contact with another person. You will be charged with assault even if the victim has not sustained any injuries, as long as there has been physical contact.

The charges can range from a misdemeanor to a class A felony, depending on the injuries, nature of the contact, intent, and other case specifics.

A Houston assault lawyer will adhere to the state’s laws to get you acquitted from the charges or minimize the charges to a lower degree.

Penalties and Sentences Depend on the Complexity

Not every case is charged the same as the sentence or penalties, depending on the case’s complexity and the perpetrator’s intent. They are based on the unique circumstances of every case.

There are many strategies a lawyer in Houston can employ to defend an assault charge, but most commonly, they try to prove that you did not use a deadly weapon and the assault was done in self-defense. Items like guns, knives, bats can be described as deadly weapons in the court of law.

In addition, an experienced lawyer will try to prove that the act was done in self-defense or in defense of others.

Do Not Talk to the Police

If you are ever involved in a fight, and the police show up to stop and start to make the arrest, you must keep calm. It is natural that you want to explain your side of the story to the police, but you should never do it.

If the police are questioning you, simply express you do not wish to discuss the matter further without representation from a lawyer, and you can invoke the fifth amendment rights.

Therefore, it is best to hire an experienced lawyer as they understand what you are going through and provide you with the best advice to minimize your sentence or acquit you of any charges. 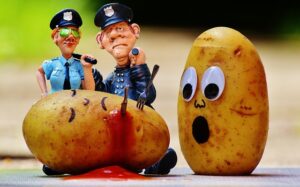 What Are Considered As Harassment? 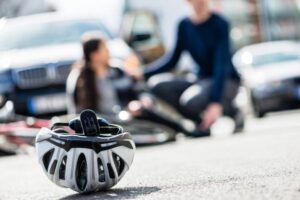 How to File a Bicycle Accident Claim: Everything You Need to Know