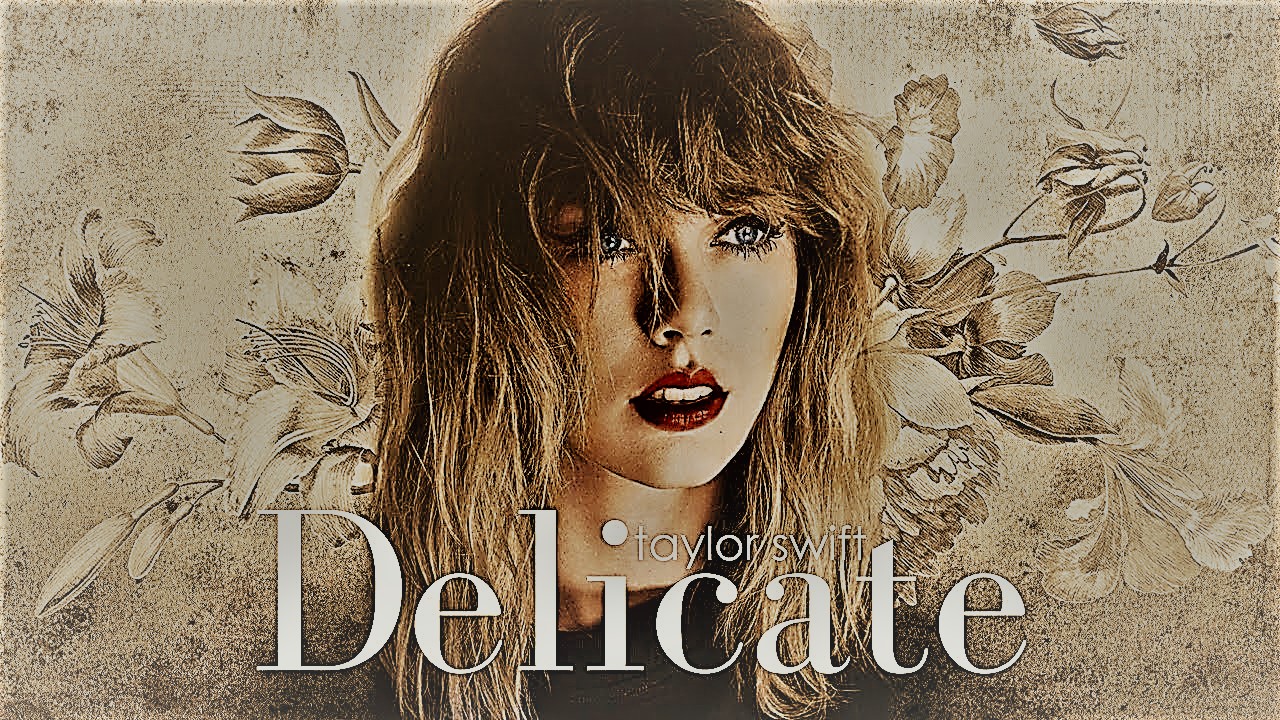 Taylor Swift released her latest single last month on March 12, 2018, as a Delicate Music Video on YouTube. The video has become an instant hit being well received on YouTube with more than 95 million views in less than a month. Now I personally prefer rock music specifically alternative rock myself, I do enjoy other genres of music as well but never found myself to be a fan of Taylor Swift even though I have enjoyed Delicate over her other releases. The song is the 4th American single from her 6th album titled Reputation which was released on November 10, 2017, and is only available to purchase via purchase in either physical or digital form. It’s a surprising fact that the album is not available for streaming which might be the reason for the overwhelming response on YouTube which allows you to stream music and videos per your requirements. Perhaps the decision to not stream might have been to increase overall sales of the album itself.

TWO MESSAGES, ONE LYRICALLY AND THE OTHER VISUAL

As previously mentioned I myself have never been a true diehard fan of Taylor Swift due to the fact that her music is too mainstream. In my opinion, her music is created for younger children on their way to high school or for nightclubs, and the like where lyrics and audio quality don’t matter as much since there is so much going on. Therefore, I have never taken her music and respected music videos very seriously. However, the music video for Delicate is very artistic conveying a message that is different from the lyrics of the actual song and that too in an extremely creative way.

The music video starts off with a close up of Taylor’s face showcasing her stunning blue eyes complimented by an equally blue sleeveless dress with a semitransparent upper half that turns solid just before her bust. The camera slowly panning out to reveal her giving an interview on while on the red carpet, surrounded by security with onlookers and fans in the background. In the foreground, we can see photographers and pauperizes snapping pictures. I believe that during the initial 15 seconds of the video we are be showing by Taylor what she experiences on a daily basis as a celebrity, which is that her life itself isn’t very private. The video then cuts to images of reports expressing their excitement and then Taylor being handed a folded piece of paper that has a magical glow to it by an unknown person, which appears to a man walking by dressed in black. The camera then focuses on her looking at the paper and then looking towards her side in wonder as to what just happened. One important thing to notice about the opening scene is that the video takes place during the evening.

ANALYZING AND INTERPRETING THE MUSIC VIDEO

The next section of the music video shows her walking through the lobby with onlookers gasping in awe as they consume their Champaign and drinks. Taylor is then shown surrounded by bodyguards from all corners as she makes her way through the grand hall. She is then shown taking a selfie with 3 other women only to have a bellhop appear out of nowhere and be carted off by her bodyguards. I believe that at this moment Taylor may be outlining how male fans are crazy and unreasonable when compared to the female gender, again this is inferred based on the video. She proceeds to walk past a display case that has flowers in it with a mirror in the background, she stops walking and so does the bodyguards. Taylor then proceeds to walk backward and then forwards with her bodyguards behaving as though they are robots. I believe that Taylor might be referring to how everyone that surrounds and works with her professional behaves as robots without any individuality.

Taylor is then shown sitting in a very upscale bathroom opening the mysterious note handed to earlier as she was making her way indoors to sheer disappointment while looking at her anticlimactic facial expression in a mirror. She then goes on to change facial expression with smiles at first and then proceeding to mime like reactions. She is shown pulling at her face without actually touching her face resulting in the movement of her lips according to the actions of her hands. Taylor goes on to mock a fake smile along with various sill facial reactions which is synchronized to her hand movements. I believe that she is shown how people control their actions to accommodate the public. She is then interrupted by a group of girls who stumble into the room in laughter, again hinting at the fact that she is unable to enjoy her privacy.

THE FREEDOM TO DO WHAT YOU WANT

Taylor attempts to wave hi with no response from the girls, and then she proceeds to look into the mirror unable to see her own reflection as though she was a vampire. She proceeds to touch herself to confirm that she is real and then looks at the note resting near the mirror to see it giving off a magical aura. Taylor then attempts to get the attention of the girls who are engaging each other in a conversation to confirm their suspensions of becoming invisible. She then makes her way back to the lobby where her bodyguards are waiting for her and attempt to get their attention to no avail. Taylor then proceeds to remove the lower portion of her dress similar to how basketball players remove their snap-on windbreakers. She is now truly free to be herself and goes on dancing, as she is dancing the same bellboy is shown being carted away by security.

I could go one and further analyze the video, however, I believe that you, yourself should tune in to watch it for yourself. I also discovered that Taylor Swift has an exclusive agreement with AT&T. As a part of this agreement, you can access her music videos and exclusive content 24/7/365 as long as you are an AT&T customer. The service extended to Direct TV & Direct TV as well and if you’re anything like me that you don’t have cable at all and rely solely on the internet. If you happen to use U-verse online to connect to the internet then you actually don’t need DirecTV or even Uverse cable services to access the content since you are able to access the content via the U-verse app. To make things even more awesome you AT&T wireless postpaid customers can stream data free TV with the U-verse app, making AT&T the one and only choice for your mobile and home data connectivity.

How to make the color tan