A whale shark is basically the size of a school van and sharing the water with sharks like that might sound more terrifying than thrilling. You would be amazed to know that whale sharks might reach up to around 18-20 meters in terms of length and is the largest fish in the world, it isn’t going to eye you up for its next ready meal. You must know that these plankton-feeders are not only harmless to human beings but are also found feeding in the shallow waters quite often. It is always safe to jump in and snorkel around with them, without even needing a scuba qualification for the same.

Where can you see whale sharks?

These whale sharks display a curious nature and a great grace despite their huge size and graceful nature. Whale sharks basically represent a highlight of the snorkeling and diving holidays. Snorkeling is one such activity that will help you resemble the whale species in the best possible manner. These species are the best part of the shark family and with them, you can have the most amazing tour in water. If you talk precisely, these whale sharks feed primarily on plankton and are found in tropical locations all around the globe. So, the diving and the snorkeling adventures are possible with the ancient giants with the majestic views available for you. The snorkeling and diving encounters are easily possible with the whale sharks, however, it is not safe in all the locations, so you need to choose wisely. The encounter with this beautiful species is always in the shallow waters where the snorkelers are the ones who are able to generally move quicker as compared to the whale sharks.

It will take around three hours for snorkelling with whale sharks in La Paz. This is an activity which is for children over three years. It is one of the privileged places where you can find the largest fish in the ocean. This is a golden opportunity for you to meet the whale sharks under the mesmerizing waters. The season is here and all you need to do is go forward and have fun with the expert guides for an amazing snorkeling experience. The whale shark is a wonderful animal that can reach up to the length of 36ft and the average of this beautiful majestic animal is 25 ft. It is an animal that is venerated in various Asian coasts and cultures due to its beauty and gentleness. Its enormous dimension is the one that sets it apart from the other species.

The best part is this activity does not represent any danger to humankind. You are totally safe with this type of activity because the expert professionals will accompany you to this wildest and craziest adventure. It’s very good news that humankind is not threatened by these immense creatures, however, the same can’t be said about their existence. These species are threatened by marine pollution, accidental entanglement in fishing nets, boat strikes, and so on. Due to this, they are categorized as the endangered ones on the IUCN Red List of threatened species. So, the ethics of interacting with these threatened species is quite intricate. The tourists benefit hugely from the economies of these poor countries and it also helps in providing funds that are vital for the conservation of the work. Similarly, unmanaged tourism is something that could distress or harm the animals too.

Get in touch with us for the most amazing and thrilling adventure of your life.

Going On A Hunting Trip? Why You Need To Wear The Best Shooting Gloves

How To Prepare For A Memorable Trip With Your Friends 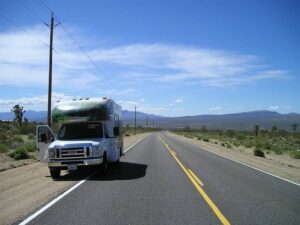 Planning a road trip? Here are some useful tips