Is Living in Canada More Tax Efficient Than the US? 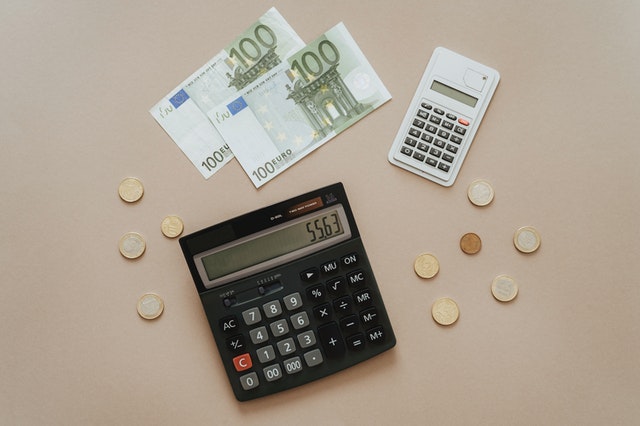 Most Canadians believe that they pay more in income tax compared to Americans. We’ve seen politicians in the fight for lower taxes use the same arguments in parliament. But which is the more tax-efficient country between Canada and the U.S?

By considering all the types of taxes from the local, sales, and income taxes, some politicians believe that Americans are the topmost taxpayers in the world. They are not even close to the top. According to the OECD analysis, the United States remains below average in its taxes.

What of Canada? With all the amazing social services that Canadians enjoy compared to Americans, it is easier to believe that the former bear a heftier tax burden to support the benefits that come in the end. Based on the Ontario tax calculator and other tools, the reality is not as straightforward as it may seem.

The OECD evaluates the tax weight among 35 countries, including Canada and the United States According to the results, based on the total tax revenue expressed with respect to 2010 GDP, Americans paid a slightly lower tax amount than Canadians. The U.S. collected $11365 per capita while Canada collected $ 14 693 per capita. The OECD average for all countries was $12911, putting Americans below average while Canada slightly above.

The total tax revenue amount includes all the types of taxes rather than primarily the federal income taxes, as most people may think. The taxes include social security contributions, taxes on profits and income, payroll taxes, estates and inheritance tax, property taxes (ownership and transfer taxes) and taxes imposed on goods and services.

In other cases, for instance, 2000 and 2014, the U.S. and Canada swapped their positions. In these years, America accounted for a slightly higher tax amount above average than Canada, whose tax burden was slightly lower than average. Both Canada and the U.S. fluctuate around the OECD average and remain way below most high tax-paying countries during most of these times. These countries that pay hefty taxes include Sweden, Switzerland, Denmark, Luxembourg, and Norway.

Based on the Broadbent Institute report, Canada’s total revenue across all governmental levels is a percentage of GDP relative to the OECD peers. Canada ranks 25th out of 35 OECD countries expressed as the total tax revenue in relation to GDP.

How Much Do Individuals Pay?

Canada and America both have a progressive tax system with a similar tax code, which explains why the amount paid by every individual varies depending on the existing circumstances. The Broadbent report further explains that an average Canadian family incurs an actual tax amount of 24% on average.

The operative tax rate among Americans varies as well. According to the Peter G. Peterson owned Foundation, the top 1% of Americans pay an effective tax rate of 31.9% on average, while the bottom 20% of the population pays approximately 3.9% on average.

The middle-class Canadians possibly pay higher taxes compared to the middle-class Americans, according to David Macdonald (Senior Economist — Canadian Centre for Policy Alternatives) to CNBC Make It. The former also contend with a higher price of goods and sales taxes, especially in the affluent provinces, which significantly impacts the buying power.

Interestingly, some wealthy Americans also pay higher taxes than their Canadian counterparts. To explain these findings, the American top marginal tax rate on wage income ranks at 47.9% compared to the Canadian one at 45.7%.

The rates in Quebec have constantly risen over the years, with the highest rate of people who earn a minimum of $225000 in Canada every year being 53.3%.

What Do Canadians Get for Their Taxes?

Canadians don’t pay significantly high taxes compared to Americans. In some cases, they’ve paid less as a nation than the U.S. However, they get a lot more in terms of social services from their government. These great social services are among the features that rank Canada among the top 10 happiest countries globally. Canada ranks higher than America in the category.

Despite the similarity in the marginal tax brackets, Canadians are entitled to universal health care, a privilege that Americans don’t have. The U.S. boasts of more than $9000 per capita medical expenses while Canada spends $4500. Interestingly, Canada has ranked ahead of America, with a life expectancy of 81.7 compared to 78.8 in America.

Generally, Canadians enjoy a range of privileges that Americans can only get by working for the most generous and prestigious firms. These perks include unpaid health care with no deductibles and up to 18 months of subsidized parental leave when they get children.

Other benefits include exemplary education quality for kids whose parents fall in the income spectrum. Top colleges and universities in Canada are also cheaper than American ones.

A study done by the Centre for Policy Alternatives in 2009 also shows that middle-income families in Canada enjoy public services worth $41000 on average, which is about 63% of their income. Households who earn between $80000 and $90000 annually are entitled to public services benefits equal to half of their earnings.

In summary, based on the study, most Canadian families enjoy a greater quality of life, thanks to the public services funded by the taxes they pay.

What Do Americans Get for Their Taxes?

Americans enjoy one of the strongest national defences globally. As of April 2017, the country allocated $611 billion towards building a defence. The amount is higher than what India, China, Saudi Arabia, Russia, the U.K., Japan, and France spent. The military account for almost half of the discretionary expenses in the U.S.

Canadians get more value for what they pay in the form of taxes compared to Americans. While these taxpayers pay almost the same amounts, the Canadian government offers much more in return than its American counterpart. In the end, Americans and their presidents feel that they pay more in taxes compared to everyone else.

Child Dental Specialists: Why Should Your Child Be Visiting Them?

Top Tips On How To Improve Your Credit Score

How to use the candlestick patterns like a pro trader