Everything is in place for your party dice games tonight. You’ve got the pizza ordered, the decorations up, and the snacks on the table. All that’s left is to decide on the large group games that you’re going to play.

You need to pick something that an entire group can play and not get bored. Look no further than easy dice games. There are plenty of them out there and they’re not too hard to learn for those who have never played them.

To help you keep your guests entertained for hours, check out a few of the best dice games for parties.

For this large party games, you’ll need a cup and five dice. Each person is going to roll the dice to try and get a six to get a ship, five to get their captain, four for the mate, and the rest will be the number of crew members they will have.

The winner will be the person who got their ship, captain, mate, and has the most crew members.

Left Center Right can be played by three or more people. It’s made for those of the ages of 3 and up so it’s not hard to catch on to. The dice aren’t numbered like normal ones.

You’ll win this game if you’re the last individual with chips. As you can see, it’s one the more simple of the dice games but it’s fun and simple dice games.

The best part of these dice games for groups is that they are affordable because they don’t come with a lot of pieces. Farkle is no exception to this. It comes with a cup, six dice, and a score sheet.

Put the dice in the cup and role. The object of this simple dice game is to get the most points by matching the combinations that are on your scorecard. If you have a bad roll, you can put a few or all of your dice back in the cup and go again.

You’ll have to be careful with doing this. You don’t want to lose everything you worked for in a Farkle.

Yahtzee is a classic that’s been around forever and it’s not going anywhere. Just in case you’ve never played the game, we’re going to go over the rules though. You’ll have a cup, dice, and a scorepad.

You’ll need to roll different combinations to rack up the most points within the thirteen rounds. Sort of like Farkle. If you roll five of the same exact number then you’ll get the chance to yell out “Yahtzee”!

Need a good game to keep the kiddos at the get together busy? If so then you’ll definitely want to pick up Roll For It. It’s a good game for 2-4 players and even though the recommended age limit for it is eight, younger children should be able to catch on to the rules.
To start playing you flip of three cards and then each player will roll their dice to try and match the values on the cards. If they manage to do it then they will take the card and get points. The first player to get to 40 points will be declared the victor.

Fill or bust can be played with up to 9 people so it makes great party games for large groups. The objective, like most of the games on this list, is to score the most points. You’ll play up to a certain amount of points that you get to set.

To play you’ll roll five dice to try and get a fill so you can earn points. If you’re feeling lucky you can roll again after your first one to earn even more points. If you don’t get a fill though, you’ll bust and lose all the points that you’ve earned.

A great party game needs to not only be entertaining for those playing. It should also be fun for those watching. Tenzi can give your guests the best of these two worlds.

Tenzi is both competitive and easy which makes it the ideal party game for big groups. Tenzi comes with four sets of ten colored dice. The object of the game is for everyone to roll their set until all ten dice are on the same side.

The first one who succeeds in this feat will yell “Tenzi” and win the game. This game is fast-paced so even though only four people can play at a time it’s easy to rotate turns so everyone gets a chance at it.

You’ve got everything in order for your party except for the games to play with dice that you’re going to play. Head to a retailer to pick up one of the best dice games on this list before your guests arrive. Bring fun and life to your party.

Are dice games not something that your guests would be interested in? We’ve got more game ideas where this came from. Check out the entertainment section of our blog for more options. 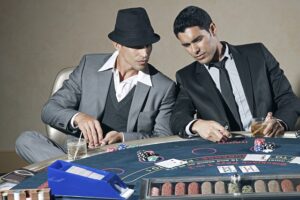 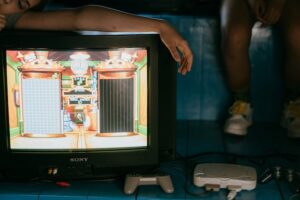 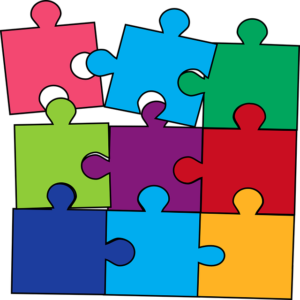