While underwear for men hardly gets any more attention than the female counterparts, you need to take a closer look at modern and sexy male lingerie to ooze confidence.

As men have adopted some fashion trends and became more conscious about what they wear under their clothes, underwear designers have also recognized that it’s not just women who care about their panties, but men do too. Metrosexual males look for briefs, boxers, and thongs that look good and sexy. Luckily, there’s no shortage of these styles online. From the lower price options to the most suitable ones, you can easily buy sexy men’s underwear from the leading online shops.

However, there are some golden rules that men should consider while choosing or wearing sexy underwear. Let’s look at them.

Underwear Must Keep Up With Physical Activity

It’s important to choose underwear that moves as you do. If you require walking a lot or shuffling many physical activities, you might need to select boxer briefs as they bunch or ride up into your crotch. It usually has additional fabric around the thighs and is mostly preferred by athletes.

Whether it’s just a regular day of moving in the office or working out at the gym, you should choose underwear that is versatile in its design and moves effortlessly.

Nowadays, males care more about the health of their male parts than any other part of their body. Thus, the type of underwear you choose plays a significant role in defining how “healthy” your testicles are. If you wear the wrong underwear, then it can suffocate your testicles and might build up heat in your groin area, which is not a piece of good news for a healthy love life.

Buy sexy men’s underwear that brings you breathability and comfort and protect sperm health. Choose cotton or synthetic blends for everyday use.

While choosing the right underwear, you have to keep your budget in mind. You might come across the perfect lingerie; however, the price is very high thus; you may reject it.

For most men, underwear must fit not only their body but budget as well. Choose men’s underwear having good quality nonetheless. Sure, the price will vary based on product quality and other factors.

However, you need to keep the price point in mind while buying sexy men’s underwear.

Underwear Style Can Be Occasion-Specific

Underwear styles such as Boxers and Briefs are designed to make you feel comfortable, so you can wear them while sleeping or just roaming around the house. They’re hardly chosen for gym activities. In contrast, Briefs provide a fair amount of support and can make you feel sexy. It can help you in reflecting your confidence as well. It is most preferred during dates.

Underwear Must Enhance Your Physique

What’s the matter of putting so much effort into choosing underwear if it lacks that wow factor when you drop your pants? Your underwear should not only fit you perfectly but should also catch the eye of the beholder.

Underwear should not be fit awkwardly on your body, and sweat stains should not be visible on your crotch. So, you can buy sexy men’s underwear in pouch style as it makes a more visual appeal.

Keep switching your underwear styles and try different colors, fabrics, and cuts to see which suits you the most. But don’t forget to remember the most important rules while choosing your underwear.

5 Mistakes to Avoid When Thrift Shopping 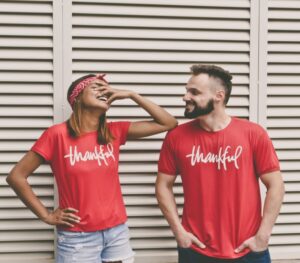