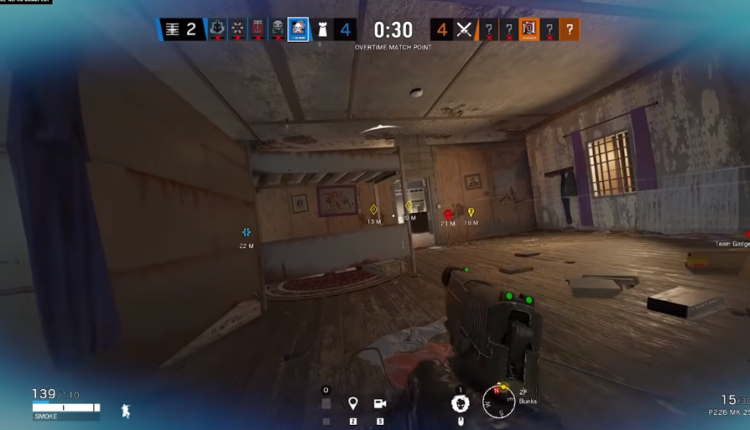 Fighting a tactical battle without strategies is a road to early death. Rainbow Six Siege requires all the weapons, tips, tricks, and hacks you can get to make your team proud.  Tom Clancy loaded this game with operators from diverse nationalities, abilities, and gadgets that you can combine to win.

But if you’re a newbie player, everything about Rainbow Six Siege might seem hard to follow. That’s why we present this article containing the tips and tricks to up your game in the game.

Remember, you’re playing against others and, as such, must work with your team to complement one another’s efforts. So, let’s help you play Rainbow Six Siege without hassles.

No matter what you know, extra knowledge helps. Since you’re starting the game newly, it’s best to practice first. Terrorist Hunt should be your first port of call to know everything about this game.

When playing the tutorial, don’t team-up yet. Play solo for some time to understand how to utilize your loadouts better. Also, meet the R6 map to identify the places and ways to move in the main game.

Another important thing to learn is the camera locations. That knowledge will help you in the main game. You should also improve on your speed in the Terrorist Hunt. That way, you can hit your target faster and accurately.

Also, you can use this practice mode to perfect your settings for the game especially mastering how you can get a 180 hit.

Here is a tip that will help you in the game. While playing this game, try not to alert your enemies by making noise. If you must move to a new location, we recommend you crouch or walk to eliminate noise. Also, less noise helps you to listen more.

Listening in Rainbow Six Siege will help you to know what’s happening around you. It alerts you to the activities of the enemies or their closeness. So, try as much as possible to avoid noise while playing. It’s better to hear them than to be heard.

Pro players utilize drones a lot. They know the importance, and so should you. Drones are your best friend when it comes to gathering Intel. If you share the Intel with your team and coordinate your attack or defense well, you can wipe off the enemies from the map.

All you have to do is use the drone to scout the map and locate your enemies. Afterward, you can place your utility rightly and also set up ambushes and defensive points. Also, when the match is ending, your drone will help you to scout the objective.

Every unit in Rainbow Six Siege has four operators. There is also the recruit operator for players. You have the chance to pick the operator you want from any of the four units. You can also buy operators with “Renown,” the game’s currency.

The Operators have unique gadgets such as resuscitation aids, sledgehammer, scouting drones, etc. so, if you want to choose right, first acquaint yourself with gadgets and check out the weapons you prefer. Afterward, base your choice of Operator on your preferences.

There are multiple access points to every location on the Rainbow Six Siege map. If your eyes are not open, an enemy might sneak up and kill you. If they take you by surprise, there’s no way you can defeat them.

So, while playing, watch the rooftops, basements, skylights, windows, etc. That way, you can either fob off an attack or mete out a deadly attack on an unsuspecting enemy.

There are many things you can do with Renown. It is the money you make on Rainbow Six Siege. You can use it to more weapons, cosmetic skins, attachments, unlock more Operators or expand your roster. So, you have to make more of it by completing some simple and hard tasks. Money is important everywhere, and the land of Rainbow Six Siege is not an exception.

Every team member comes to the game with his or her gears. So, it’s best to understand what the team members have so you all can work together. Don’t act independently, or your enemies will isolate and kill you all.

So, take time to know the weapons in everyone’s gear. That way, you can create a perfect and effective weapon combination for an attack.

There are many tips and tricks to win Rainbow Six Siege. We’ve shared the main ones you should know before and during the gameplay. However, if you combine them with effective r6 cheats, you’ll destroy your enemies quickly.

6 Things You Must Learn about Forklift Certification and Safety Training

How a divorce attorney NC can help with the process

5 Reasons Why Art is Essential for Mobile Games

3 Tips to Help You Choose the Best Gaming Keyboard