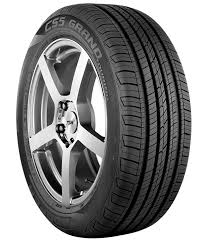 “Tyre ageing” became quite a controversial buzz later as drivers want manufacturers to clearly label expiration date on the tyres or least tell them at the time of purchase so as they can take a timely decision. In many countries, law states that tyre manufacturers and vendors should handover a printed statement on the dangers of driving with ageing tyres especially when selling a piece carrying a three-year old manufacturing date.

When it comes to car tyre replacement and ageing, multiple and complex issues are at stake! Should tyres bear a clearer date, when a tyre’s too old to be safe, should you even replace existing tyre that has a valid tread life or if it has been on the rack for far too long and now being sold with a warning label so on. The science of ageing would make things much clear so read on and find out!

Tyre ageing & the science behind

Tyres usually degrade from in and outside due to infusion and reaction of the pressurised oxygen trapped within the tyre structure, bearing rates proportional to the temperature.

Tyre ageing is basically an oxidation reaction that takes place when rubber is exposed to oxygen which dries it, resulting in stiffness and eventual cracking of the compound. The real problem is oxidation of the inner wedge
layers of rubber.

The stiffening and cracking of aged rubber lead to delamination of the tyre’s inner layers from the steel belts rather than arching with the steel as tyre roll under the weight. Given below are a few factors determining car tyre replacement based on ageing!

The Inner Liner of any tyre refers to a specialised butyl rubber compound that’s carefully designed to be impermeable so as to keep the air inside trapped where it belongs. However, no inner liner is entirely permeable so always expect some air to leak slowly following the process of osmosis. Quality of inner liner determines how much air would leak through and thus how quicker the inner structure would be exposed to oxygen.

When oxygen concentration is higher, the rate of oxidation also increases which is pretty obvious. It means that a tyre which is mounted and filled with compressed air would age quicker than that which is kept on the rack untouched irrespective of the manufacturing date. This is because air pressure in order of magnitude is higher in a fully compressed tyre and thus more oxygen would permeate through the liner.

Oxidation of rubber occurs much faster under extreme heat as compared to low. Essentially, heat increases porousness and reactivity of oxygen which makes it easier for oxygen to wear out of the inner liner and easier to react with the internal rubber of the tyre.

When a tyre’s driven, circulation of internal oils through the rubber take place due to pressure and flexing motion! The oils are for lubricating the internal rubber and prevent it from dryness, stiffness and corrosion. It means tyres that are used less often are more prone to ageing.

The above scientific analysis clears the need of car tyre replacement due to ageing.

How to Protect Your Children from Internet Abuse

Want To Learn How To Drive? Follow These Tips For A Smooth Ride

Why Owning an Old Timer Will Never Go Out of Style