Has Social Media Made Life More Connected or Disconnected? 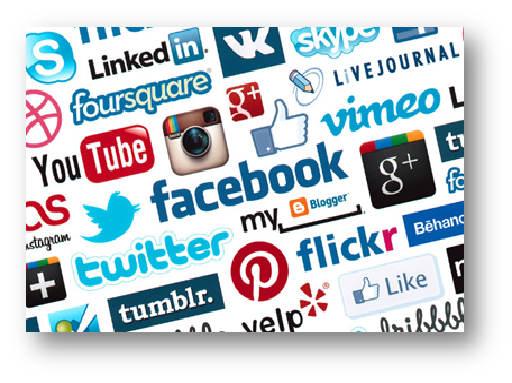 We all agree that the Internet is the most revolutionary invention of all times. It has changed our lives in innumerable ways. From big things to small, trivial to significant, we all are dependent on the Internet, and we just need it every hour of every day. It hasn’t been long since social media sites and forums have been introduced on the Internet.

The first ever social media site that was recognized was Six Degrees. It was created and launched in 1997. Some of its basic functions were,users could upload profile information and could make other users friends. It was later in 1999when blogging sitesstarted to become popular and created a sensation of social media and people can’t get enough of social media sites ever since.

People have essentially subscribed to the Internet to stay updated with the social media forums and sites (in addition to so many other utilities of the Internet). Check out Mediacom Internet Packages
for some of the best and customized Internet deals in town, along with steady Internet speeds and economical billing schedules.

Let’s dig a little deeper into the effects that social media forums have essentially brought with them.

The social media sites are widely popular and one cannot deny their addictive effect on the people. Also, people from all generational groupings have become familiar with the use of social media sites and are becoming more and more addicted to it. And it has become almost a reflex action to check social media sites every now and then just to stay updated with the pages that you have been following from all different entertainment genres of your interest, or from people in your friend list.

There is no doubt that social media is packed with all sorts of entertainment and quintessentially refreshes you and keeps you connectedbut is that excessive use in the name of ‘staying more connected globally’ making us distant and disconnected with reality and the people that are actually existing around us? Well, it sure is a long debate. But yes, we do believe and feel that staying updated with social media sites is becoming an addiction, and we will tag it as an alarming situation because it is making artificialityand fakeness prevalent and has taken away the originality of people and events.

Addicts of social media are becoming rather superficial and shallow, as all the focus is on how attractive their photos look, and how exciting do their status updates seem, and how adventurous and perfect their life is (as per their social media posts). People are becoming prey to being fake and love to flaunt about everything, from food orders at restaurants to buying a new dress. So, basically social media is tuning them into creating an online existence that displays a perfect life, with all the things that anyone can think and dream of, which is so wrong on many levels. People are becoming more and more unrealistic and that is essentially what happens when you are addicted to living in theutopia of social media.

Effects of Social Media on People from All Age Groups 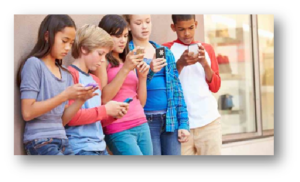 Well, we are so grateful that we were able to enjoy a childhood and teenage full of imagination, self-created games and bruises instead of the gadgets and Apps addictions and worrying about how many likes and comments did we get on our Social media profiles. Social Media forums have made people secluded from the real world and people around them. Your kids and even yourself cannot help but check social media posts and updates (as a routine activity) while you guys are having dinner on your dining table or while sitting together in your living room. So instead of any live communication, you would rather like or comment on your sister’s Facebook update (who is sitting just next to you) rather than exchanging a word or two in person.

We really need to change and condemn this culture of ignoring the real people in front of you and preferring cyber profiles over them. Social media is blocking live communication amongst us and we are not even realizing it because we have adjusted our minds into thinking that social media sites are essentially there to connect us globally. The irony of the situation is that instead of connecting us with our loved ones residing far away, it is rather making us distant with the ones who are not distant in reality. The live communication between siblings, parents and neighborhood friends is actually becoming redundant.

And to serve as a cherry on the cake, the convenience of having handy Social Media Apps right on your Smartphones (that are inseparable from every person these days, and that too 24/7) have further increased rather doubled the use of these forums. Also, subscriptions to Internet Deals and bundles with no data caps, such as cable Mediacom TV have further made the use of social media sites unlimited. 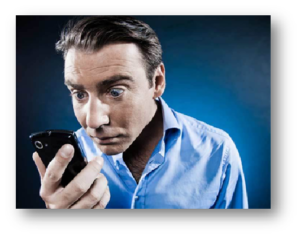 Social media sites do help us stay updated with the recent happenings, fashion trends, and activities of our loved ones (residing afar) but to fix this addictive attitude towards Social Media, we need to tell ourselves and our kids:

Stephen N. Mills is an entrepreneur, marketer, and writer. As San Francisco resident, he loves reading books and writing on different topics like SEO, Branding, Health and etc. That's where he finds his inspiration to author in-depth guides that teach E-commerce store owners ways to manage, grow and scale their business. In a former life, Stephen co-founded a custom menswear company which generates 6-figures in annual revenue through its website and retail.

How Do Healthcare Startups Manage Grabbing Maximum VC Investment in the U.S.?

What Does IYKYK Meaning, Interesting Facts You Must Know

A complete guide about Instagram: a playbook for marketers